Goldberg on Trump and Jerusalem 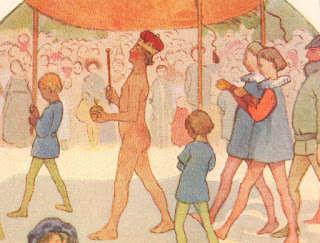 Jonah Goldberg is a Never Trumper and, as such, spends a great deal of his time scrutinizing the right, Trump supporters, Trump, and anything that will affirm his never Trumpism.  So when he pens something positive about a Trump move, I take notice.

Of course in many cases, what Trump does is govern based on reality in a world, or a least a dying civilization, that has gotten used to calling it like it ain't.  Let's face it, Obama was a bad president.  He accomplished nothing except one legislation that was two hits and two misses at best.  Mostly he governed according to the way he wanted things to be, rather than the way they were, letting Congress take the hard hits while relying on the press's willingness to entertain the charge of racism against anyone who questioned the president or his policies.

It was like the Clinton years, but worse, because you didn't have the injection of race into every conversion and debate for eight years under Clinton.  Also, because many of the faux realities clung to by the Left were showing themselves to be glaringly flawed, the drive to cover reality in lies and falsehoods became more flagrant.  And the more flagrant it became, the more used to seeing reality as unreality we got.

So when Trump made a symbolic statement that said squares are, in fact, square, and did was was true and legislated on the reality of the situation in the Middle East (what peace process?), the world went bat nuts.  Trump dared to say the emperor is naked, and it's time we buy him some clothes.

Unfortunately, much of the Western world has become content declaring the naked emperor's clothes to be the latest fashion.  This has been helped by other countries, non-Western countries, that might actually have ulterior motives that encourages them to support a false reality based on lies and fantasy.  How doggedly the dying West clings to old lies remains to be seen.  So many progressive ideals have failed so miserably when put into practice, lies (and accusations) are about all the Left has with which to defend itself.  We'll see.
Posted by David Griffey at 11:30 AM