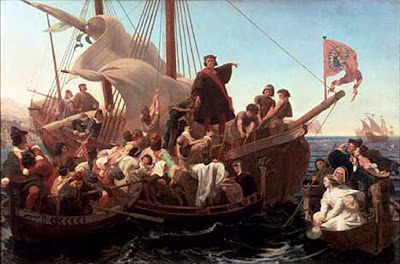 Was a time, in the deep forgotten mists of my earliest memories, that Christopher Columbus was still celebrated as a bold explorer whose courage brought Europe into the hope and promise of a New World.  That was way, way long ago.  Even by the time I began phasing from elementary school into middle school, that portrait was beginning to change.

By high school, there was enough time spent on the ill effects of Columbus' discoveries, that his reputation was well on its way to being tarnished.  Even in elementary school, we focused somewhat on his disappointments and the effect it had on the native population of the Western Hemisphere. But by high school, it was clearly tilting almost exclusively on the negative impact that his explorations had on the American Indians. 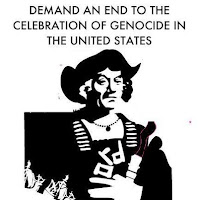 By college, the verdict was in and the condemnation was clear: Columbus was a racist slave owning imperialist who sadistically slaughtered untold numbers of hapless Native Americans, while setting the stage for invasion after invasion of the pristine paradise that was the Americas by boorish, uncouth, racist, bloodthirsty conquistadors and religious zealots bent on enslaving the innocent and burning the last traces of beautiful pre-Christian paganism that existed.

That is the story more or less told today.  Like Thanksgiving, Columbus day - possibly more so because of our Protestant heritage - has been cast into the outer darkness of post-civil rights disdain for all things European and American.  There is no cup half full, or even half empty.  When it comes to the legacy of European migration to the New World, there is no cup at all.  It is almost entirely a one sided portrait of hellish evil and mass slaughter against an almost mythical people of purity, love, peace, buff bodies, and harmonious relations with nature. 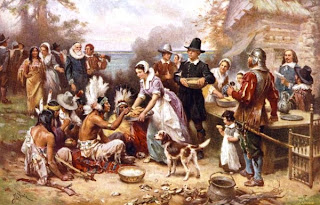 Of course it's all rubbish.  Columbus was merely a product of his time and age.  Likewise the idea that the Indians were all morally pure humans in whom there was never guile  is also a myth.  It's not to say Columbus should be excused. But by definition of his white skin, he can't be blamed for everything that would happen the next five hundred years.  Likewise, we shouldn't be inclined to dismiss the actions of the native population either.  Many were innocent   Others, not so much.  It has been said that after all these generations, we still don't do the history of conflict between Native Americans and Europeans well.  We still paint the conflict in terms of stark contrasts and sweeping stereotypes.  It's still a battle between pure and innocent heroes versus savage and bloodthirsty murderers, we've simply switched the name plates.

So despite decades of indoctrination, I'm still able to celebrate Columbus Day, for had it not been him, it would have been somebody.  And because I understand that many coming to this new world were no different than the immigrants trying to come to America today, I don't begrudge the person who made it possible in the first place.  And while I can mourn the injustices that would be visited upon the native population time and again, I don't ignore the meaner sides of their history either; both their history in dealing with European immigrants, as well as dealing with each other.  Plus, I look at some of the better moments, such as the peace made between the Plymouth Pilgrims and the local native population  and realize that there was always a chance to have done better than we did in dealing with those who had come before.  Perhaps that should be the lesson we take from it instead of insisting either one side or the other was completely right or completely evil.