Heh. And not too inaccurate: 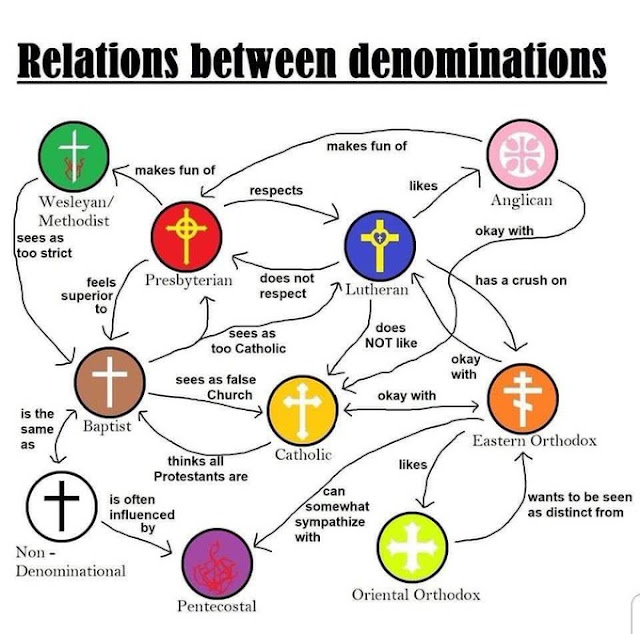 I would amend it in one spot.  From Catholic to Eastern Orthodox there might be OK with, but from Orthodox back to Catholic it's definitely does NOT like.

I'm often amused at the naiveté of some Catholics who think reconciliation with 'Orthodox Christians' is just a day away.  Not quite.  When Catholicism eliminates Papal infallibility, and the Catholic Church grovels and begs forgiveness for it's persecution of Orthodox Christians', then maybe.  Not until then. Nowhere near until then.

Posted by David Griffey at 4:30 AM