Another step to make it official

Our second youngest and his fiancée got their engagement photos.  There were many splendid pictures, but the two below are among my favorites: 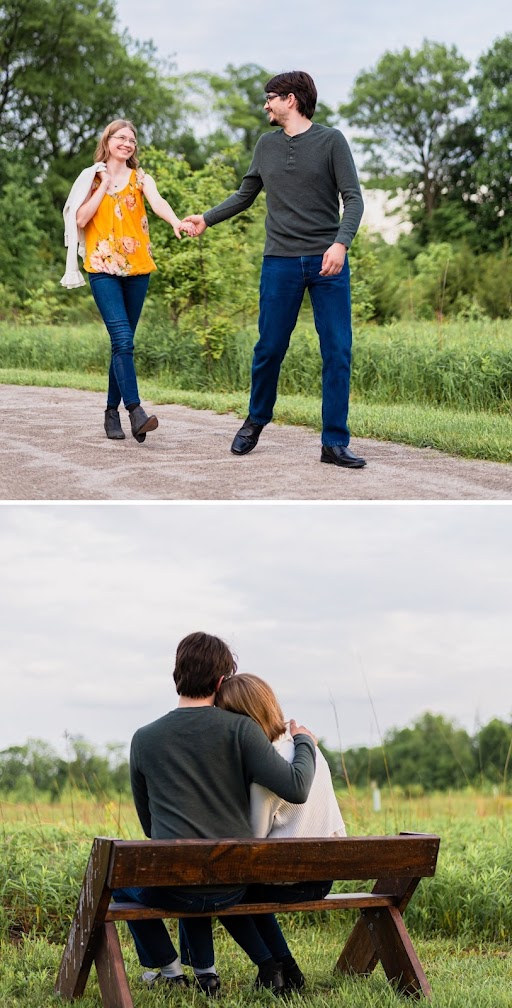 I love these two.  The top picture with them happily skipping forward into life together.  The bottom with the two of them gazing at the horizon after their first round of being together in this crazy world.  There were many other pics, too, but these were the ones that jumped out at me.

Or perhaps the second is them looking at the horizon of their future.  Because as if getting married and starting a new life together isn't stressful enough, they're also embarking on their own business venture.  They're starting their own business - in their early 20s no less.  I know, it's crazy.  I've talked extensively to my son, drawing on my own brief experience in the world of entrepreneurship.  He isn't naïve or in denial about their chances, but he maintains that it's their goal and their dream and they're not going to give up.

That's fine with me.  If that's their dream I wouldn't have it any other way.  I've learned in my five decades traveling this vale of tears that John Greenleaf Whittier was right: For of all sad words of tongue and pen, the saddest are these, 'It might have been!'