Don't count on the US Military 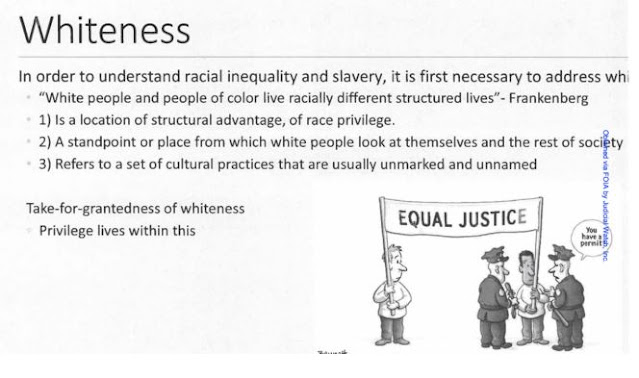 From a West Point study course on Critical Race Theory. Which both does and doesn't exist while nobody is saying it should be taught in schools but if you think it shouldn't you're a racist.

When the time comes, don't assume most in our armed services will throw down their weapons and refuse.  Some might.  Most will snap to it and begin enforcing the dictates of our new order just like older generations fought to defend the old order.

And yes, this is racism 101, plain and simple, being taught in our military academies.  It's as racist as a KKK rally, or a Nazi parade in Nuremberg.  At least now we know how KKK rallies and Nuremberg parades end up happening. That goes for Catholics and Catholic leaders who embrace this.  Again, now you know how the baddie things of history happen, and will continue to happen.  .

Email ThisBlogThis!Share to TwitterShare to FacebookShare to Pinterest
Labels: The Coming Storm, The Decline and Fall of the American Dream, the Joy of Racism on the Left