I must say, this is probably the best way to respond.  Would that I have taken time out of my schedule to do the same: 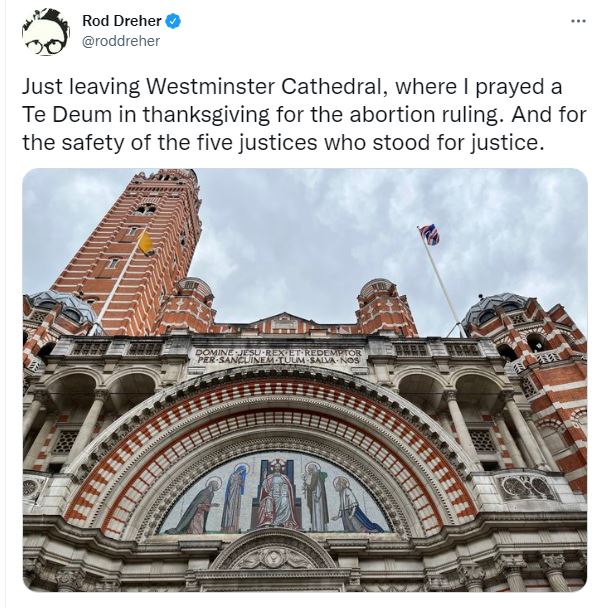 Rod has his issues.  I think of Rod as a sort of Thomas Paine figure. He may see the light in many ways, but he isn't who I want for president.  Rod sees some matters clearly, more clearly than many Christians have wanted to admit.  That's not to say I want Rod leading the pack.  For reasons, he isn't reliable or trustworthy enough to do that.

But he gets it right too often to ignore. And in this case, he got it absolutely right.  As believers we should rush to God and praise Him for what has happened.  For it wasn't just Trump or the GOP or pro-life Christians who aligned the stars for this strange event (how often has a one term presidents in the modern era seated three Supreme Court justices?), but the Almighty.

Posted by David Griffey at 9:58 AM