We call this epic defeat

The crazy is boiling over these days.  I haven't followed Mark's twisting and turning in light of the Roe leak that much.  Why bother?  Likewise I haven't bothered with his reaction to the two shootings the media has covered over the last couple weeks.  Again, why bother?

True, I get links and images of what he says.  Usually I don't waste time reading them because, again, why bother?  Some say Mark is a cautionary tale.  That is, if we're not careful we could end up like him.   Certainly there is the problem of Mark promoting a false gospel as a professional and endorsed apologist.  If we take seriously the eternal implications of people being led astray, that is important. But again, there is only so much we can do, right?

Nonetheless, I had to, just had to, post this from an ongoing set of posts about last week's horrible shooting:

You see that?  That's called defeat. Crushing defeat. That's called admitting you're absolutely wrong without admitting it. That's called nothing meaningful to say in return.  Because it's true.  Within days of the Russian invasion of Ukraine, the Western press began focusing on the heroism of the Ukrainians.  Included in this were endless stories of praise for armed Ukrainian citizens rushing out to defend their nation against the evil Russian invaders. From celebrities and media outlets to pundits of all stripes, the heroism of these gun toting citizens was universally celebrated. 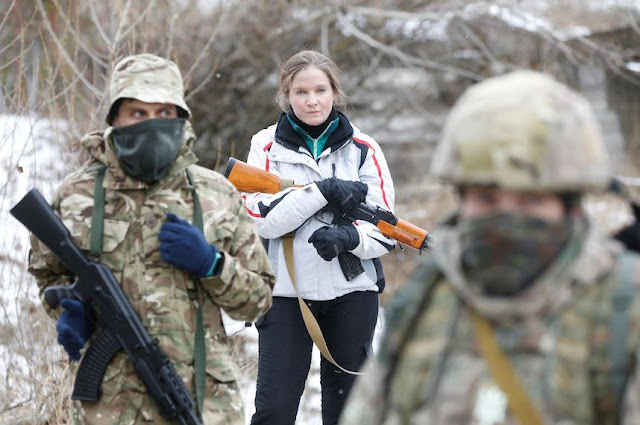 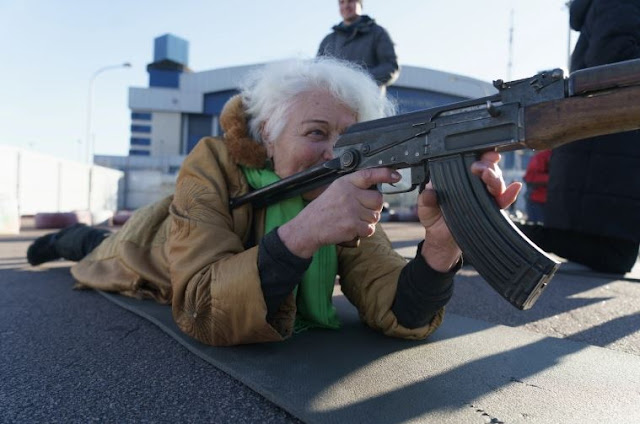 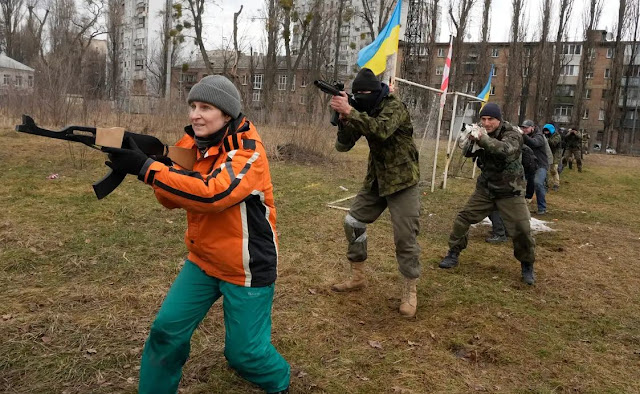 And rightly so, I should add.  No matter what one might think of other angles of the Russian invasion, bravery is bravery.  But there is a problem.  The praise was going to citizens using guns to fight a major military invasion from a sovereign nation in our modern age.

When American gun owners say defense against such threats is the purpose for the Second Amendment, they are typically met with mockery, laughter, derision and outright condemnation.  Mark himself has often heaped mountains of scorn on such thinking, stating that there is no way a bunch of gun wielding yahoos could make a difference against a modern army.  And yet, here we are.

So what do you do if you are a gun control activist faced with yet another case where gun control narratives are based on falsehoods?  Well, you do what Mark did.  You post a rambling bunch of blather akin to what you might expect in a middle school locker room.  Heh.  I have to admit I laughed out loud when I was shown his Twitter post.  That's why I posted it.  To share the fun. And to relish in yet another leftwing narrative brought low by pesky facts and realities.

Email ThisBlogThis!Share to TwitterShare to FacebookShare to Pinterest
Labels: Gun Control, Humor, The Party of Lies