By regurgitating the old pro-abortion canard that pro-lifers don't care about poor mothers or children: 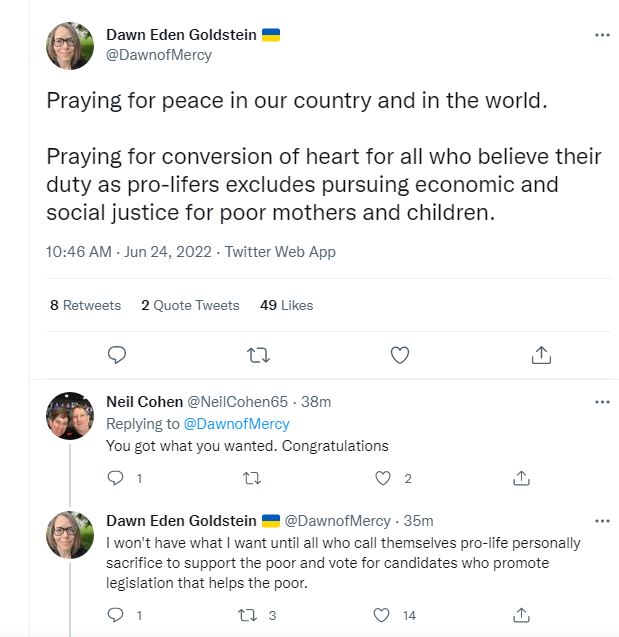 I liked her response to Neil.  Until all pro-lifers have lived up to her standards, she sees no reason to think she has anything particular that she wanted.  And no Ms. Eden, we don't get to equate political legislation to the Gospel call to feed the hungry and clothe the naked.

Oh, I'd like Ms. Eden to provide the statistics that show pro-life individuals are any less charitable, or giving toward poor mothers and children, than anyone else.  My first experience with giving a flip about abortion was in an evangelical church that spend copious amounts of energy and funds in helping a pregnancy center for mothers and children.   I think they staged one protest while I was there.  The rest was centered no helping the mothers and their children. That was as often as not par for the course in my Protestant days.

It's worth noting that I see Ms. Klassen doing more on a rainy day to halt the horror of our abortion culture than everything I've seen Ms. Eden do for more than a decade.  Just saying.