Is this Star Wars kerfluffal a thing? 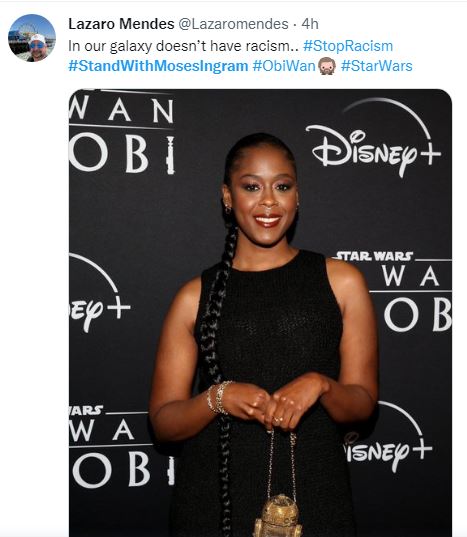 In just the last few days I've seen almost everywhere variations on 'Stop Star Wars Racism' and 'No Racism in Our Galaxy' and 'Star Wars Fans are the Worst.'

What gives?  I confine my Star Wars fandom to the original, pre-CGI version I fortunately obtained years ago.  I also have the VCR sets, just in case.  I tolerate the prequels, more as a fun diversion whereby the family watches them with a sort of Mystery Science Theater 3000 approach.

I haven't seen much of the later releases. I saw the first one with Harrison Ford's last hurrah.  I think one other.  It made that much an impression on me.  So I'm completely lost on this.  The boys sometimes keep me up to date with such things, but them going their ways as they are, they're not around as much.

So is Star Wars suddenly racist?  Is someone in the cast racist?  It can't be because of a black character, since Lucas tended to that oversight back in 1980.   I don't know.  I thought perhaps some readers out there with more knowledge of the current trends might have an idea.