When Donald Trump is the voice of truth and reason

You know we've jumped the shark somewhere.  So former president Trump issued a statement celebrating the legacy of Robert E. Lee, even as we live in an age that would ban an Asian sportscaster from his job because his name is Bob Lee.  Let that level of crazy sink in.

What struck me, however, was this quote from the story:

Lee's leadership of the Confederate Army during the Civil War led to hundreds of thousands of deaths as he fought to defend Southerners' rights to own Black people as property.

That made me think of this little gem from years ago: 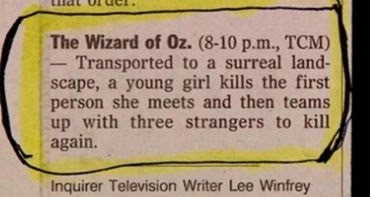 Note there is nothing technically wrong in either the story quote or the above joke. It reminds us that history is more an art than a science.  Its usefulness to society is only as good as the goodwill and good intentions of the society itself.  Nazi Germany taught history.  So did the USSR.  But I'd wager most of us would disagree with how those terror states actually interpreted the history.

Nonetheless, the ability to interpret things based on biases and agendas remains strong in many areas, nowhere more than historical studies.  And right now, the template for approaching the history of the Christian West and America is that the heritage of the Christian West and America must go.  Until we get our heads around that and call it for what it is, expect more pillars of our civilization to come crumbling down in the near future.

Iconoclasm Update:  Apparently there was supposed to be a time capsule from the statue they've been unable to locate.  If there is any justice, it will remain hidden from the claws of the leftist iconoclasts.  They plan on replacing it with a time capsule reflecting our values, that is one reflective of our times. If that were the case, it would include AIDS, illegal drug paraphernalia, pornographic material, and aborted fetuses.  Apart from the fight racism with racism done right of BLM, I'd say those sum up our national identity as much as anything in the year 2021.

Email ThisBlogThis!Share to TwitterShare to FacebookShare to Pinterest
Labels: Anti-Americanism, Decline of the Christian West, The Decline and Fall of the American Dream, The evil the Left does