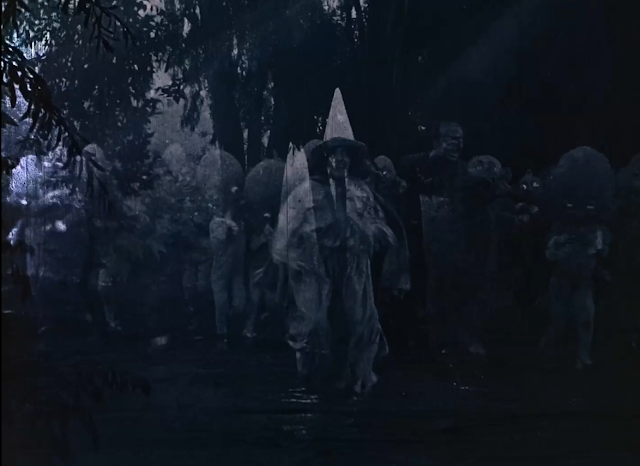 As October comes around the corner, the world having passed the Autumnal Equinox and, more traditionally, Michelmas, many people's fancies turn to spooks.

Call me old-fashioned, but one of my all time favorites for capturing that feeling of pre-modernist American sensitivities at this time of year is from that rascally Hoosier laureate, James Whitcomb Riley.  His poem Little Orphant Annie was one of the first poems I remember reading outside the slap happy sing song rhyme poems that are aimed at kids.

I don't know why this always evoked.  Something about it made me think of a simpler time, though never an easier one.  A time when people entertained - each other.  When sitting around a kitchen hearth or a lamp lit living room and telling stories and listening to someone sing was the entertainment of most days.

Today, we fork out a surprising percentage of our annual incomes in order to make filthy rich a slew of far away celebrities who neither know us or who, increasingly, don't seem to care.  They plaster digital imagery on a screen and invest a few months of effort so that we can be more sophisticated than those simple people who would have enjoyed such Hoosier fare in the day.

But those simple folks back in the day got such fare, as often as not, for free.  A tale, a poem, a reading from someone educated was as good as a blockbuster today.  Heck, they may have been a bit frightened by Ms. Annie's tales.  If they were, then they were a far sight sharper than we are, who spend most of the time being frightened by the threats we've made for ourselves and not nearly enough with those real threats that exist beyond this mortal realm.

Anyhoo, here's the poem in all its Midwestern glory:

For a bonus, here is a link to an early silent film based on the poem.  It's a strange brew, as many early attempts to harness the new technology of film tended to be.  The above image is from the meat of the film, and I must say it's as unnerving as many images coming from the Hollywood dream factory are today.