As if on cue

Mark Shea provides an example for 'who in the name of sanity would want our government to label an entire swath of our fellow citizens as domestic terrorists just because they oppose those politicians' policies?': 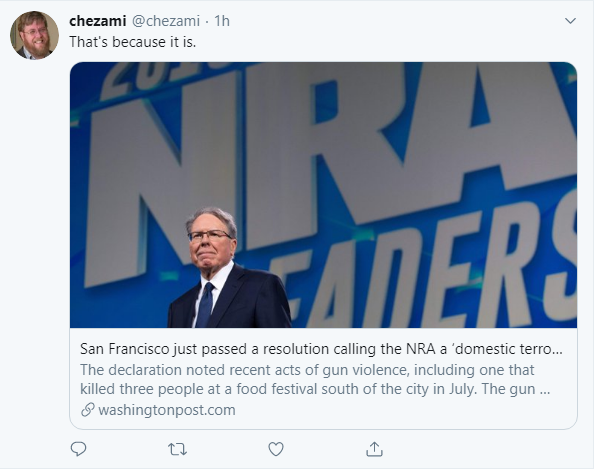 Yep.  That's right. Of course this is nothing new.  When Facebook (or was it YouTube?) announced it would proudly ban white supremacists, Nazis, white nationalists and other far right extremists, Mark was among the first to cheer.

I remember seeing a screenshot of a conversation with one of his readers who advised caution.  After all, see here. It could set a bad precedent.  No problem, retorted Mark.  They'll only go for those evil types over there!

You can't make this up. I've said for some time that you have to accept a large amount of BS, lies and idiocy to follow the modern Left.  And you must do so mindlessly, and blindly. Sadly, it's not just Mark.  From movements calling to abolish democracy as a tool of white nationalist imperialism, to college students convinced free speech and religious liberties were just sleight of hand instruments for white racism, to the popular push against due process, presumption of innocence and burden of proof in the name of condemning based on socially assigned group labels, there is much to be concerned about.


People, it seems, are just what Tommy said they are.  They've been that way for eons.  After billions spent on education and expanding access to information, they still are.   Somewhere Mark stopped being person, and became people.  It can happen to the best of us.  It has already happened to so many.
Posted by David Griffey at 6:00 AM

Email ThisBlogThis!Share to TwitterShare to FacebookShare to Pinterest
Labels: Defending Liberty, The fight for freedom American Style, The Tyranny of the Left