The mighty country has struck out 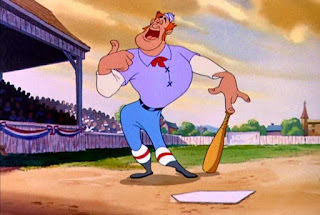 My boys are becoming quite the sports connoisseurs.   I was never much of an athlete   I actually got better in my adult years.  In my younger days, the only thing available was little league baseball.  So I played that for a while, but never got involved in school baseball.  Second basemen was my position.  Not bad at catching line drives - mostly from survival instincts.  I did go out for track and cross country, but again, I only heard rumors about the ribbon at the finish line that was always broken and torn long before my ragged feet made it to the end.

My boys, as I've blogged about at other times, have more of a sports gene.  My oldest was quite good at cross country, and at least held his own in track.  My next boy was also good, displaying a late race sprint that was unbeatable, and helped him end up being one of the better in his grade.  Our soon to be eighth grader was the gymnast par excellence,  and showed himself quite capable on the gridiron.  But none of them played baseball.  Not even T-Ball.  So it's been odd that this year, more or less out of the blue, they've taken to watching America's pastime.  Our oldest especially, though we all join in.  He mostly follows the Reds, as I can hearken back to the days of the Big Red Machine and regale him of tales of my visits to the ballpark, when giants roamed the field.

And yet, as I watch this pastime that still retains many of its traditional roots, despite scandals and controversies that plague everything today, and as I watch its own intertwined sense of patriotism and its role in Americana, I can't help wonder: how long?  How much longer?   So in tribute to my boys, and for a little lesson at the end, I thought I'd post that quintessential sports poem that we've all heard at one time or another (at least the final line):

The outlook wasn't brilliant for the Mudville Nine that day;
The score stood four to two, with but one inning more to play,
And then when Cooney died at first, and Barrows did the same,
A sickly silence fell upon the patrons of the game.

A straggling few got up to go in deep despair. The rest
Clung to that hope which springs eternal in the human breast;
They thought, if only Casey could get but a whack at that -
They'd put up even money, now, with Casey at the bat.

But Flynn preceded Casey, as did also Jimmy Blake,
And the former was a pudding and the latter was a fake;
So upon that stricken multitude grim melancholy sat,
For there seemed but little chance of Casey's getting to the bat.

But Flynn let drive a single, to the wonderment of all,
And Blake, the much despised, tore the cover off the ball;
And when the dust had lifted, and the men saw what had occurred,
There was Jimmy safe at second and Flynn a-hugging third.

Then from 5,000 throats and more there rose a lusty yell;
It rumbled through the valley, it rattled in the dell;
It knocked upon the mountain and recoiled upon the flat,
For Casey, mighty Casey, was advancing to the bat.

There was ease in Casey's manner as he stepped into his place;
There was pride in Casey's bearing and a smile on Casey's face.
And when, responding to the cheers, he lightly doffed his hat,
No stranger in the crowd could doubt 'twas Casey at the bat.

Ten thousand eyes were on him as he rubbed his hands with dirt;
Five thousand tongues applauded when he wiped them on his shirt.
Then while the writhing pitcher ground the ball into his hip,
Defiance gleamed in Casey's eye, a sneer curled Casey's lip.

And now the leather-covered sphere came hurtling through the air,
And Casey stood a-watching it in haughty grandeur there.
Close by the sturdy batsman the ball unheeded sped-
"That ain't my style," said Casey. "Strike one," the umpire said.

From the benches, black with people, there went up a muffled roar,
Like the beating of the storm-waves on a stern and distant shore.
"Kill him! Kill the umpire!" shouted someone on the stand;
And it's likely they'd a-killed him had not Casey raised his hand.

With a smile of Christian charity great Casey's visage shone;
He stilled the rising tumult; he bade the game go on;
He signaled to the pitcher, and once more the spheroid flew;
But Casey still ignored it, and the umpire said, "Strike two."

"Fraud!" cried the maddened thousands, and echo answered fraud;
But one scornful look from Casey and the audience was awed.
They saw his face grow stern and cold, they saw his muscles strain,
And they knew that Casey wouldn't let that ball go by again.

The sneer is gone from Casey's lip, his teeth are clenched in hate;
He pounds with cruel violence his bat upon the plate.
And now the pitcher holds the ball, and now he lets it go,
And now the air is shattered by the force of Casey's blow.


But there is no joy in Mudville — mighty Casey has struck out. 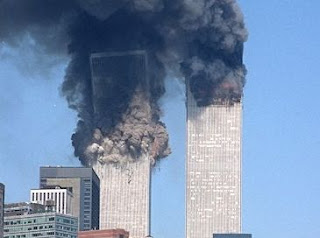 I think sometimes Americans have a built in complacency, a sort of unstated arrogance, an unjustifiable Casey-like swagger that just isn't going to sweat it.  Years ago, in college, I knew a fellow who said, in plain words, that America would never end.  Period. The world could last for a billion years and America will never fail.  I think sometimes we all just assume this.  We just assume that our country can take one hit after another, one failure after another, one dismal disaster after another, never ending negative indicators, and we'll just keep on.  We can shrug our shoulders at a growing swath of Americans who think America is the evil one, that the best thing that can happen is everything it was built on being burned to the ground.  We can just say whatever, and everything will keep on.  Just stand by and stare.  One pitch.  Two pitches. And be sure that when the chips are down and our backs are against the wall, we'll finally rise to the occasion and knock it out of the park.

Just for refreshers.  9/11 happened.  Thousands died.  Two iconic symbols of American might were destroyed.  Our country was dragged to a halt.  And that did no good whatsoever   If anything, it exposed our problems, our divisions, our deficiencies.  America in 2011 is on almost every level worse off than 2001, and there realistically is little evidence that things will turn around.  Maybe it's just me, but I don't think we better wait for strike two before we start waking up.  Because in our world, there may not be a strike three.
Posted by David Griffey at 6:54 PM