If you want to understand the power of modern liberalism

Read Animal Farm.  When our soon to be 9th grader first read it a few years ago, he quipped that it was like watching the news.  Animal Farm is, of course, Orwell's appraisal of revolutions in general, using the Communist upheaval in Russia as the template.  With the exception of the American Revolution and possibly a few others I'm unaware of, most revolutions follow this basic course:


Declare X the most horrible evil, promise those who support you to rid the world of X, then upon achieving power, turn around and use X times 10 in order to crush and annihilate those fools who gave you power and set up a world that is as bad (or worse) as the one you revolted against.  All revolutions end up where they begin.

Again, it didn't happen in America, which is why so many Americans are complacent about revolutions, assuming that rebels, even ones without causes, are default the good guys who will always make it right.  We sometimes miss that since our modern tendency is to focus on the Founding Fathers as racist, sexist, imperialists white guys who were at once religious hypocrites and enlightened secularists who owned slaves.

Well, our revolution is in the hands of something commonly known as liberalism.  And it's colored by the trappings of a generation commonly called Baby Boomers.  Both inaccurate, but for space and time, we'll use the terms. 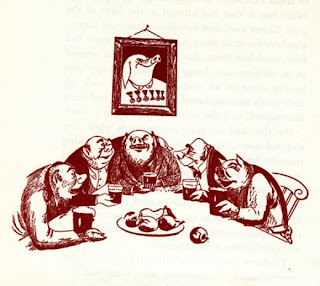 The greatest power of this new revolutionary incarnation has been its ability to not just sit down with the humans and play cards once power is achieved.  No.  Its great ability is to do so before power is achieved, come darn close to declaring it's what we'll do, and hope that the lure of the liberal promise (a world focused on me where I can think of myself and how great I am) will keep people from complaining.

This can be observed as, day after day, the movement once known as liberal continually uses tactics that liberalism once so proudly condemned.  Once, when I was old enough to remember, liberalism chaffed at censorship.  At thought control.  A punishing people for opinions and beliefs.  For controlling people's lives.  Of legislating morality.  Liberalism was all about free your mind, do what you want, if it feels good, it is good, no rules, just right.  If you're offended, you're the problem.  Respect diversity.  Embrace tolerance.  Those were the mantras.

And yet today, you can't go by without seeing cases where people who run afoul of liberal sensitivities are treated to all of those things liberals once condemned, and treated that way a thousandfold.  Just ask Paula Deen.  She's not gone because of dropping the N-Word.  She's gone because she flew in the face of the latest 'obesity is going to blow up the world, we need government control!' pandemic hysteria by having a show that used enough butter to clog your arteries by watching it.  Really.  She was in hot water long before the N-Word (which should be OK, because as Woopi Goldberg pointed out, it used to be OK to use the word....nah.  It's so stupid, let's move on). 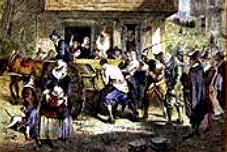 Now when  I was growing up, beyond Nazi Germany and Joe McCarthy, nothing demonstrated the evils of the world that liberalism promised to deliver us from like the old puritans whipping people out of town on a cart, or the era of prohibition when religious busybodies tried to impose good behavior on the masses.

And look at us now.  People using the government to force behavior is almost a monthly news story.  Grocery ads are less common.  And it's celebrated by?  You guessed it, liberals.  When Chick-fil-A was punished, if not politically, then at least socially for failing to conform to liberal values, it was the liberals who made it clear who the bad guy was.

Those are two recent stories off the top of my head.  You've heard them.  You know what I"m talking about.  That's how most revolutions end up.  The power of modern liberalism (or as I like to say, post-liberalism), however, is that it isn't waiting for the final victory to spring the trap.  It's doing so now.  Partly because the opposition to its move to power is fragmented and divided.  Partly because I think we're in an age that doesn't care.  But it's happening. Without actual power to mandate its desires, it's already doing so and promising more

That's liberalism, like most revolutions.  It can declare A to be horrible, and then turn about and say A is just fine now, because it benefits us.  What got me to thinking on this long reflection?  The Rolling Stones are touring for the last time again.  Yeah.  Anyway, I clicked on a story and it had pictures.  Whew.  Can we say zombie apocalypse?  Yet the media is drooling.  They're loving it.  They're acting like it's a religious experience as The Stones do things for the last time that they've been doing for the last time for years.

And I remembered.  My Dad was a Frank Sinatra fan.  A big fan.  Had his albums.  Watched his movies.  When Sinatra went on his farewell tour in 1990, a friend of mine worked for a company that contracted to help with stage set up when entertainers came to town.  Through his contacts, he got tickets for my Mom and Dad and me to go see Sinatra.  For an older guy, Sinatra did a pretty good job.  Oh, I'm sure some of the edge was off, but he was older after all.  I actually enjoyed it.

And yet I remember, especially among the younger commentators. the sneers and jeers.  Calling him old.  Saying it was time to move on.  Some from Sinatra's generation even chimed in.  He was embarrassing himself.  He was embarrassing them.  Get off the stage and get to the nursing home guy!  I hated that, because I saw him and didn't think he did that bad at all.

And yet, guess what.  Yep.  In a little demonstration at how fluid standards and ethics have become, many who hung their heads in shame 20 years ago, now stand up and weep - with joy at the Stones, not just standing about and singing, but by trying to dance about, jump about, and act like they did in the dear old sixties.  I know, it's not a big thing. I know there are bigger examples of the trainwreck approaching. But it's indicative.  Once more it reminded me how flagrant that generation, and the liberalism it has hoisted on the world, can be when it comes to declaring as wonderful what it once so openly condemned as unacceptable. 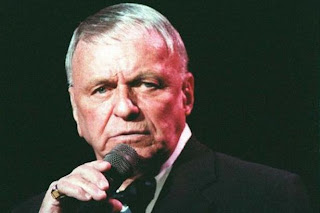 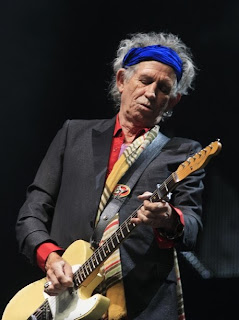 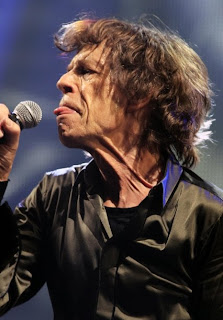 One of these pictures is crying shame of embarrassment, the others are beautiful
demonstrations of talent and memories relived.

Posted by David Griffey at 9:43 AM

Email ThisBlogThis!Share to TwitterShare to FacebookShare to Pinterest
Labels: Reflections, The End of Liberalism