I'm a critic and proud of it 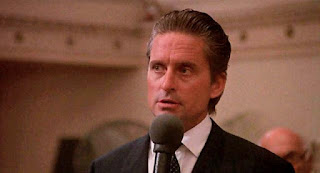 So our interim priest, in addition to promoting a couple upcoming events, gave a kudos to Dads.  No problem.  But have you ever heard something that just raked on your last nerve as soon as you heard it?  While giving a 'bravo for fathers' cheer, he said Dads need to be models, not critics.  Don't be a critic he said, kids need role models.

Boy!  I almost stood up right there.  We all freaking need critics.  Critics are good.  Criticism is good.  No, it's more than good.  Constructive criticism is oxygen.  Not being perfect.  Not being flawless.  Not being able to create my own universe in six days ex nihilo, I need some advise at times.  Sometimes I need a little good old criticism.  I need to know I did wrong. Am being bad.  Have failed.  And how to do better.  To paraphrase Gordon Gekko, criticism, for want of a better word, is good.  Criticism works.  When done properly, for the right reasons, and with the purpose of helping and improving in love.

I know, I shouldn't get to heated about it.  If I get that much, I should take it to him.  But he's probably not the problem, and I doubt he meant much by it.  Sadly, however, I do think we've adopted that in our modern generation.  We are an age that hates criticism because it's like saying we're not perfect.  Or we somehow need to do something different, or do something at all.  Somehow, we look at criticism as a bad, an evil, a relic of bygone days that needs flushed down the tubes of history. Whether we believe it or it's just a cheap way of saying 'I get to do what I want', I don't know

Fact is, there was a time when it was seen as a mark of adulthood to take criticism and accept it and learn from it.  To take it like a man!  And since I'm not perfect, I may not like criticism, but sometimes I might need to hear it.  Just like my boys may not just need a role model.  Sometimes, they may need to be criticized, as we all do at times.  I just hope I know when and how, when the time comes, and I never fall into the trap of thinking my kids have a right to affirming themselves so much that it negates any need for constructive criticism.
Posted by David Griffey at 2:00 PM

Email ThisBlogThis!Share to TwitterShare to FacebookShare to Pinterest
Labels: Our greatness as a generation