Who cares about sexual assault?

Apparently nobody of importance, that's who.  So our glorious Left has once again launched a virus spreading series of riots and destruction across our country because a black man was shot in the back by a police officer.

Nonetheless, like most of what we've seen in the Left's assault on America by way of hyped and edited videos, the more we learn, the less clear it is. In some cases, like Nick Sandmann, the truth eventually shows the original charges to be 100% false.  In other cases, it at least suggests the initial accusations as inspired by the "news media" aren't quite the whole story.

That appears to be the case here.  Again, the officer might have been out of line for shooting the suspect so many times in the back.  I don't know all the facts.  And I'm not saying modern law enforcement isn't in need of some reimagining of itself.  But again, still not all the facts.

But it does look like Mr. Blake was hardly the leading candidate for 4th Member of the Holy Trinity either.  He has had multiple run ins with the law.  The reason the police came after him was, apparently, he had absconded with someone's car keys against their wishes.  And he had at least one warrant out on a third degree sexual assault charge (that's having sex with someone without their consent). 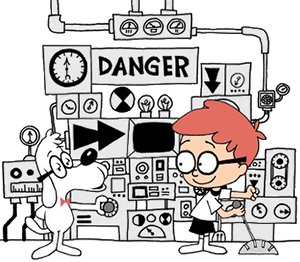 Look at that last one.  Let's get into our Wayback Machine and travel back to those ancient days of 2017, after President Trump entered the White House, and the #MeToo movement exploded onto the world stage.  Almost overnight, around the globe, demonstrations and protests erupted as women wove nightmare tales of endless sexual harassment, sexual abuse, and all out rape.  Day after day was met with one man  after another being accused of everything from suggesting women smile to throwing coworkers down on a desk and sexually attacking them.

No matter what the evidence of lack thereof, no matter what degree of crime being suggested, it was all taken with the same gravity and seriousness as s discussion about the Holocaust.  Each man so accused was put on the hot seat and had best damn well have some alibi to get them off the hook, or they were toast. Even joking about sexual harassment became passe, and entire swaths of the last 50 years of entertainment were put under the microscope and dissected for such sexist and misogynistic attitudes toward women that fueled such an unforgivable society in need of #MeToo to save the day.

By the time of The Handmaid's Tale, and the Kavanaugh hearings, it was clear: perhaps apart from racism, there was no more heinous or irredeemable sin than sexual assault, or any such sex based crime, particularly when perpetrated by men against women.  That was it.  The entire history of the world was labeled patriarchal, and by definition it was now able to be reexamined and dismantled in kind.

Or at least until a week or two ago when it was revealed that Mr. Jacob was, in fact, accused of sexual assault.  And then - puff!  Suddenly Sexual Assault was no big deal.  Really, read this "Fact Check" article at USA Today.  Sure the sexual assault charges appear to be real, but let's not go overboard.  He technically was never convicted of gun violence, and other charges of assaulting police were dropped, so can we really care about what this guy might be?  Isn't the important thing that he's now a millionaire and has been sainted and deified like George Floyd because, well, none of it matters?  What matters is he is a black man who was shot by the police.  If he gang raped babies, I don't think we'd care any more than we do about the possibility of sexual assault.

My family was talking about this, and an interesting point was made.  Here in the central Buckeye State, mayors and our governor have been scratching their heads over why violence - including, but not limited to, gun violence  - has skyrocketed since last year at this time.  Could it be gun laws?  Probably not, since the gun laws haven't changed.  Could it be Covid?  Perhaps.  It seems to be the latest 'cause of everything.'

Or perhaps it's copycats.  My boys pointed out that whenever there is some horrible crime, like a mass shooting, we often hear about the possibility of copycats.  Even if the shooters are portrayed as monsters and villains and demons, there will still  be a chance others will copy what they did.

Given that these black men shot or killed by cops are being made into messiahs (really, remember when some Jesuit compared the killing of George Floyd to the Crucifiction of Jesus Christ), is it possible that we're seeing copycats on acid?  After all, these fellows are being declared gods, saints and heroes.  If a mass shooter decried as human excrement still gets people to copy what he did, how much more likely will people want to copy these men who have criminal records, may have been involved in crimes, resisted arrest and even threatened police - and then became the darlings of corporate America, the US government, religions and athletes and celebrities the world over?

This might be your chance.  Commit crimes, assault the police, and if you survive, you could be on easy street for the rest of your life.  Even if you don't, you'll be elevated to a toasty place been Lenin and Che Guevara in terms of hero worship and veneration.

Even if those crimes you committed are sexual assault.  Which, we find out on this good September morn, is now just one more of those minor issues we can simply dismiss as incidental to the important things in the world.  And, it's worth saying, can be perpetrated while still being called a hero for your efforts.  Perhaps my boys are wrong, but I don't see the deterrent in this.