I had no idea

And yet, for another Frivolous Friday, what you do find on the Internet: 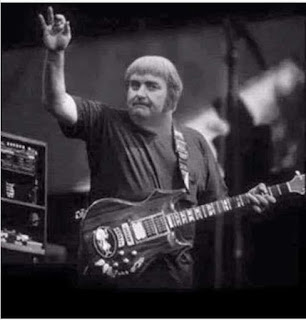 To youngsters, that's a fellow who had one of the more surreal kiddie shows of the day called Captain Kangaroo.  Bob Keeshan, the fellow in the picture, was the titular captain, surrounded by a host of zanies and strange support players.  I often had the feeling that the writing team for the show consisted of a half dozen writers from Romper Room and Sesame Street, with one wayward writer from Monty Python.

I honestly didn't watch it much.  It always aired in our neck of the woods around time for me to go to school.  And in the day, when we were off school, that's when the doors flew open and we wouldn't be back until lunch, dinner and then when the street lights came on.

Nonetheless, for one year, when my Dad moved out on Rt. 42 until the following year when we moved back in town again, Captain Kangaroo heralded the time to begin looking for that dreaded school bus, and Mr. Riley who drove it and kept everyone on a tight leash.  Truth be told, in hindsight, he was actually a kindly fellow, being somewhat elderly and of the old WWII 'bark meaner than his bite' mentality.

So that's Captain Kangaroo.  That's Bob Keeshan.  That's the song that told me another day at the grind was just around the corner.  And that's just a few memories that come to mind, none of which had anything to do with Captain Kangaroo playing an electric guitar.