Kudos for not dropping Auschwitz, instead going to its lesser known evil sibling.  But Verdun?  Where did that come from?  Why not say the Somme?  Borodino maybe?  Antietam?  I get avoiding that last one.  After all, that's the Civil War and everyone was a racist slave advocate so you never know who would be the villain there.

But that struck me.  Why Verdun?  Was that right wing?  Is Trump plunging us into war more than the last president?  I know 2020's WWIII left us shaken, but why drop Verdun or any major battle in modern discourse about our current presidential candidates?

We live in an age that has taught people not to care.  My son pointed that out some time ago.  For decades we've championed being narcissists who don't care.  "I don't care unless it impacts me," became almost sacred mantra, and something I heard individuals proudly state many different ways over the years.  Without that, we'd not continue the sex and drugs culture in the AIDS pandemic.  We wouldn't talk of banning hate speech.  We wouldn't care about how others are hurt by my ideas for fighting global warming or abolishing national borders.  Not caring unless it impacts me is crucial for many moder ethical movements and agendas. 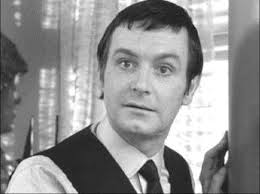 So it was cool to not care.  The last thing we wanted to do was be right wing and care passionately.  An unintended result of this, however, is that anyone trying to get people to rise up and take action - no matter what particular vantage point you're speaking from - is at a disadvantage.

It's not just here in the US either.  I've read multiple pieces over the years from European outlets, as well as talked with friends who live in Europe, that say apathy and a general malaise has been the biggest pandemic in Europe for some time.  Unless you take away their government benefits, or challenge open drugs and sex, they really don't care.  Let Europe die, let civilization collapse, who cares?

Therefore because of this, we have to rely more and more on verbal dog whistles, hyper rhetoric, or anything to grab people who have been taught that the only thing worse than Verdun or Dachau would be to care about Verdun or Dachau at all.  The saddest part is the fruitlessness of this tactic due to the years of cultural indoctrination that has taught, most young people to not care enough to know what Verdun or Dachau were in the first place.