Yep, this gathered steam as it passed over our neighborhood on its way toward the city soon to be formerly known as Columbus: 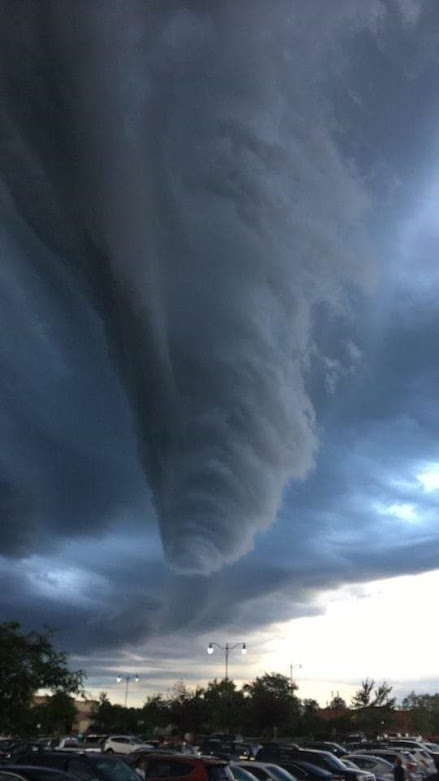 I've been in four tornadoes in my life.  The first one I was a newborn.  The second came when we moved into the house my Dad built out in the country.  The third was when I lived in Florida.  The last one was in Indiana where I was serving as full time pastor at my first church.  In none of these cases were we directly hit, being only nearby or - in the case of our house in the country - seeing the tornado bounce over our property.

Fortunately, despite the rather CGI appearance of it, yesterday's funnel cloud never touched down.  It hung about for a while, but decided to move back into its proper place.  Nonetheless, the rains and winds were fierce, and while no major damage, lots of significant clean up.

Since today was supposed to be the first day of homeschool for our youngest, plus cleaning up outside, expect sparse posting for the next day or so.

Posted by David Griffey at 8:41 AM