Here's my thing with Catholics and lying 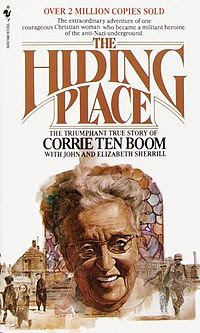 Across the Catholic blogosphere, the issue of lying has become one in which stars have been taken and removed from various bellies and placed on others.  The whole thing has its genesis back when the group Live Action made national news for exposing some pretty heinous practices in the already heinous Planned Parenthood.

Immediately, pro-life and Catholic bloggers were outraged, seeing that such clearly illegal and immoral services  were proof that it was time to stop prancing around PP and get serious.  Then Dawn Eden, fresh from obtaining a Masters degree in religious studies, co-wrote an article that promptly took the attention away from the abortion heavy Planned Parenthood and any wrongdoing thereof, and placed it firmly at the feet of - wait for it - Live Action, and those passionate young people devoting their lives for the sake of life, and the sake of the Gospel.

Now, before I continue, let me say this.  There seems to be a strong case that Live Action needs to find other ways to fish out the moral problems with Planned Parenthood.  Any time we purposefully use methods out of line with the Truth and the Gospel, we do undermine the witness, and that is important.  There are many ways to undermine a witness of course.  And it would do well for all us Catholic bloggers to remember that.  But there is a strong case that Live Action would be better off finding better ways to pursue its wonderful mission.

But, alas, this is not how it unfolded.  The Catholic blogosphere, being the blogosphere and often managed by amateurs with little to no actual ministerial training, became a three ring circus.  Things were said about Live Action, Lila Rose, and Corrie ten Boom (you had to be there) that make Bill Maher seem kind and compassionate by comparison.  If some advocating the use of lying used bad arguments, I dare say some arguing against all lying used horrible arguments, sometimes violating a host of commandments in the 'don't judge and don't call raca and fool' departments to show just how horrible LA was.

Recently, Mark Shea made amends, posting several long apologetic pieces, mostly aimed at his treatment of LA and Lila Rose.  That was good to see.   I don't know if others who joined the fray have followed suit.  But the issue is still out there, and it's still heavily debated.  Usually on the grounds of never, ever lying ever, no matter what.

So two interesting blog articles popped up over the last few weeks.  One I commented on here.  The idea that I would proudly let a baby die rather than lie to save it would go down smoother if I'm willing to sell all my possessions, give them to the poor, and then follow Jesus.

The other from Kevin O'Brien.  I don't know Mr. O'Brien except through Mark Shea's blog.  I might have met him once.  I can't remember.  Mr. O'Brien, whatever he does to pay bills, is known as Mr. Theater, heavily involved in Chesterton and acting.  Beyond that, I have no clue what his theological or philosophical credentials are.  So he posts an article about the utter unacceptability of lying.

My first dig was pointing out the fact that Mr. O'Brien once called Ferris Bueller's Day Off one of the most Christian movies of all time.  Anyone from my generation who knows that movie can take a few to finish laughing. A two hour long celebration of the narcissism, hedonism, laziness and self focus that is torpedoing our society.  And to top it off, he accomplishes all of this by...lying!  A two hour long cinematic mega-lie reinforced by constant additions through smaller lies, and that's one of the most Christian movies?  When we then turn around and proudly proclaim that it's far better that millions of babies be slaughtered than a single lie told to save them??  Anyone catching some lack of credibility here? 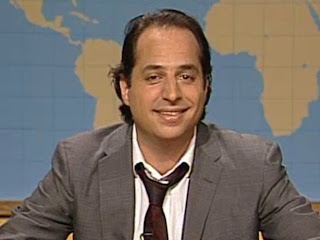 This got me to thinking, as I am wont to do.  Here's the thing with lying.  Don't.  The Devil is called the Father of Lies.  In Revelation, all lairs are cast into the nasty place with the rest of the horrible murderers and sorcerers.  Jesus proclaims himself the Truth, as well as the Way and the Life, and informs Pilate that he had come to bear witness to the Truth.   That's enough to suggest: Lying bad, Truth good.

But - and here's where experience in actual pastoral ministry helps - life isn't a big theology test, ethics quiz, or philosophy exam, or argument to be won on the blogosphere.  One of the constant negative stereotypes leveled at the Catholic Church is that it strips away the heart and soul of the Gospel, and leaves only salvation through logically superior adherence to philosophical algorithms. Life is more than a single, isolated issue to be debated by amateurs on the blogosphere.  Even amateurs with religion degrees.

With this idea of religion as life lived, let's look at an oft referenced sub-topic in the lying debate: the dreaded 'would you lie to save Jews from the Nazis'.  This is frequently referenced because anyone who took an ethics class in college knows about the case of Corrie ten Boom and her sister.  Corrie spoke and wrote often about her sister's insistence that she would not lie, even to the Nazis, in order to save the Jews they were hiding.  Lots of debate here.  Lots to unpack.


1.  Would I enthusiastically join the Nazis because they assure me it's the economy stupid, besides, people like me are really the superior people and the only reason I'm not running the world is because those stupid and evil people are part of a vast conspiracy against me.  So hate them now!  And join the latest, hippest solution!!  Would I?

2. Would I, in being only slightly bothered by the Nazis, still support them since it's the economy stupid, and they have fixed the economy after all.  Besides, they merely hate 'those people' over there, and make some good arguments.  Oh, I'm not a 'show up at the latest Nuremberg rally, card carrier', but I belong since it's the latest, hippest.

3.  Would I not belong, since I see serious problems with the Nazis, and don't share their hate or their saber rattling, with clear designs on country and empire... but I'll go along since my situation is improving?!

4.  Would I not belong, since I see serious problems with the Nazis, don't share their thoughts of empire and conquest, and refuse to support them in anyway...I just won't rock the boat since, after all, things could be worse?!

5.  Would I not belong, refuse to support, and even fuss and complain...quietly so nobody hears, since I don't want to get into trouble or anything?!

7.  Would I not belong, refuse to support, and join in the resistance...but only if the resistance was up to my standards, wrestling with the question: am I maintaining high standards, or perhaps just using such things as an excuse not to get involved and jeopardize my life or my family's life by doing anything about it, while proudly wearing the badge of 'official Nazi opponent', but not getting the hands really too dirty?

8.  Would I be so much a part of the resistance, that I would actually put my family in harm's way by hiding Jewish and other refugees from the Nazis, trying my best and focused on helping innocent Jews live against all odds?

9.  And then, we can get to the whole 'what would be values be while hiding Jewish and other refugees from the Nazis...'

See what I mean?  And that was just off the top of my head.  Hell, I would probably be stuck around 4. or 5., much less getting all the way to the bottom of the list.  And yet how many blog posts came out boldly and courageously declaring that they would stand, shotgun to face, and gladly refuse to lie in order to save the Jews!  Really?

The fact is, Live Action is right around Number 8.  They're in the trenches.  Maybe not always right.  Maybe they should do better.  But they're there.  That's what it's.  Doing.  As we used to say in Protestant lands, 'Belief is a verb, and should be accompanied by action."  I understand consequentialism, of doing wrong or doing bad or evil for a good cause, and that's a worthy discussion.  It's certainly something to bear in mind.  And it's something that should inform our efforts when we do leave the tortured wastes of the blogosphere and actually strike out to make disciples of the nations, going where more than just a bad case of carpal tunnel can be the price. 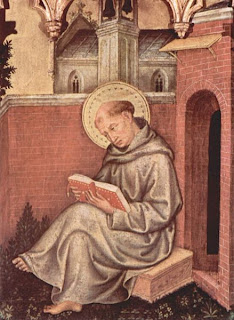 We must remember that Catholicism, like Christianity in general, is not about winning arguments on the blogopshere.  It's not about insulting others who aren't as righteous as we are because we win arguments on the blogosphere.  It's not about theology exams and ethics quizzes.  The intellectual depth and breadth of the Catholic tradition is one of its treasures.  This sometimes, however, gives people the impression that just quoting Aquinas here or Augustine there is all that matters in declaring what's right and wrong.  It's about life, and the living of it thereof.

Sure, there's room for debate.  There's room for discussion.  Proclaiming truth and the Church's teaching is important.  But really?  I would say the first thing anyone who has problems with Live Action needs to do is contact Live Action.  I said that way back when this first hit the fan.  Then, you know what?  The next thing for me to do would be to get involved at least to the level that Live Action is involved, and show them how it needs to be done.  With love.  With patience.  With firm correctness.  And then, when everything has settled, we don't have to argue about whether lying is right or wrong, we get to show people how it cane be done the right way.

That just hit me this week as I was kicking this issue around.  I realized how far I really was from even being part of the battle.  And that's worth remembering before I point my fingers at others with scorn and derision for the great sin of lying in the midst of that which I haven't come close to doing.
Posted by David Griffey at 9:01 PM