Why did Romney lose the election?

Because this is no longer considered shocking: 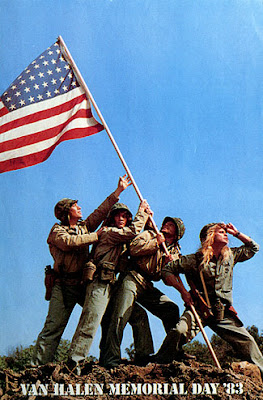 I remember back in the day when this actually raised the ire of a few old timers.  Disrespectful it was.  Well, the same mentality that thought this was disrespectful is slowing going the way of the Dodo bird.  Those who still cling to it, or try to find something in it to preserve, are being steamrolled by a leaner, hipper, streamlined progressiveism.  There was a time when such a thing shocked, and so such things as Libya, or the HHS mandate, would have shocked as well.  But not anymore.  Today what shocks is the idea that a woman shouldn't be able to abort a baby, that maybe one  or another religion is more right than others, or that sexuality was something about procreation between two opposite sexes.  Put up a poster declaring any of those, and expect a real outcry.

We have changed as a culture.  Almost everyone wants their little pound of liberal flesh, so much so, that those who want it all represent a unified front, and those who only want this or that part of the progressive promise, make war with one another.  No, a movement that tries to appeal to those who yearn for the days when America would care about things like this poster, is a movement that simply has nowhere left to hang its hat.
Posted by David Griffey at 9:07 AM