As a Catholic, how do I see election day?

Do I see this: 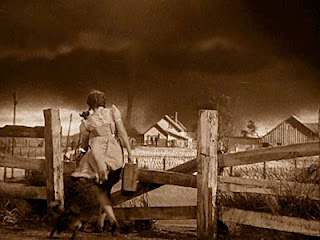 Or do I see this: 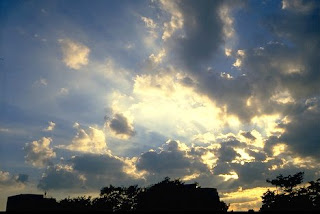 Truth be told, I see neither.  I understand that things will be about the same tomorrow, though we may see yet more chinks in the American breastplate, and depending on the outcome, will be given more evidence that the best days of America are finally behind her.  If Obama wins, my guess is we'll see the full fury of his agenda unleashed, for there is a sizable swath of America that has decided the time has come to end all this non-liberal stuff, and they see in Obama their best chance to succeed.  If Romney is elected, your guess is as good as mine.  I wish I knew where Romney stands on a host of issues, and perhaps it's that doubt that allowed me to cast a vote in that direction, rather than do nothing while the onward march of anti-religious bigotry gains momentum in our society.  It may not end socially just because Obama is defeated of course, but at least it won't have an advocate in the White House.  But either way, God will still be God, the Church won't crumble, and eternal life will still be waiting for those who kept their eyes on Jesus, the author and perfecter of our Faith.
Posted by David Griffey at 4:03 PM

Email ThisBlogThis!Share to TwitterShare to FacebookShare to Pinterest
Labels: My Thoughts, Politics