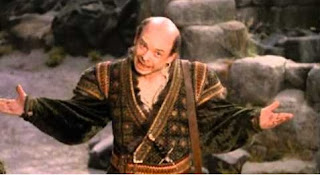 Where are the blog posts?  I've been waiting for the Catholic Blogosphere to say something.  After all, the story continues to gain momentum in the secular press, as in here, and here, here, here, here, here and here.

And so on.  I finally found Jimmy Akin's take on it.  True to form, Mr. Akin takes the time to unpack the issue and cut through the spin.  His basic take is that then Cardinal Bergoglio was just trying to limit the impact of gay marriage.  Quoting various passages from recent Church documents, the picture is painted of a Cardinal in the last, desperate moment before the battle is lost, trying to claim some ground to limit the impact.

I have no doubt that's exactly what happened.  But here's the thing.  I think Mr. Akin is wrong in saying it's spot on proper, at least as spot on proper has been defined in recent years.  There is nothing in the numerous passages he quotes that says the Church or Church leaders should ever - ever - condone and cooperate with something that is grave and mortal sin.  One of the quotes says just that.

The Church teaches that respect for homosexual persons cannot lead in any way to approval of homosexual behaviour or to legal recognition of homosexual unions.

The common good requires that laws recognize, promote and protect marriage as the basis of the family, the primary unit of society.

Legal recognition of homosexual unions or placing them on the same level as marriage would mean not only the approval of deviant behaviour, with the consequence of making it a model in present-day society, but would also obscure basic values which belong to the common inheritance of humanity. (Emphasis mine)


As for those quotes that instruct on how to deal with this issue as it gains momentum in a society, none of them say 'ah, go ahead and support the issue, just at a lesser level.'  They say that one could licitly support proposals aimed at limiting the harm done by such a law and at lessening its negative consequences at the level of general opinion and public morality. I admit,that's some pretty nuanced and fiberoptically thin reasoning that could create loopholes large enough to sail an oil tanker through.

But what gets me, what I see in this entire piece, is basically an argument that the Bishops, the Church, the Magisterium as we like to call it, are saying that there are just times when you have to go for the lesser of the two evils.  Slap down your seal of approval on lesser evil way.  That might not be what the various documents are saying.  But it's the out that Mr. Akin is giving to then Cardinal Bergoglio, that when pressed, you can dabble about with the lesser of two evils.

I must admit, I don't know where Mr. Akin is on such things as 'voting for either party is cooperative with grave evil', or 'better that ten million babies be tortured to death than to tell a white lie to save them.'  I know he's run afoul of fellow bloggers over some of his stances in the past.  Perhaps he's been somewhat soft on such things, less legalistic, and willing to remember that the Sabbath was made for man, and not man for the Sabbath in things other than whether the Pope should wear a miter here or there.

But there are those who have proudly staked a claim to being non-hyphenated Catholics on the virtue that they know there is never, ever a time in which you can budge an inch over the issue of condoning or supporting grave evil.

Of course just what happened, and what Pope Francis did, will be open to endless debate.  The Catholic Church possesses what I call the gift of Catholic Unspeak: The ability at times to almost come darn close to saying  things in a definitive way yet never in such a way that at least three other interpretations couldn't be leaned upon in a pinch.  So I doubt this can be, for anyone paying attention, a 'Gotcha!' moment, whether you support gay marriage or are dead set against it.  The winners will likely be the Truth Today non-hyphenated Catholics, who are busying saying everything about Pope Francis is wonderful, he's the bomb, and only the vile hyphenated crowd thinks otherwise.  There will be enough wiggle room, no matter how they interpret the story above, to declare Francis the greatest thing since paper miters.

FWIW, I admit there seems to be a tendency in the Church's teaching to say it's better that evil should triumph for a time than to do any thing wrong at all to save it, to refuse to use the Ring, period. Just to what level that is applied varies, of course, but those who insist that the slightest white lie is unacceptable even to save children from the Nazis definitely have the wind at their backs in most debates.  So the interesting thing will be to see, if this story continues to unfold as it is unfolding, just how they square "Francis is the greatest" with "vile hyphenated Catholics who support evil to stop evil" and the events as laid out by Mr. Akin.
Posted by David Griffey at 10:20 AM