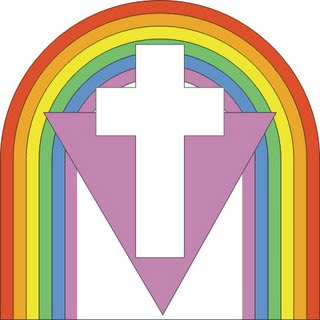 We went to our county fair last week. One of the booths sported our local Gay Straight Christian Alliance. I stayed for a minute and looked things over. One of the signs caught my eye, a large poster with the bold letters: The Bible Does Not Condemn Homosexuality.

Having spent years studying the Bible, including Greek and Hebrew, I was shocked to see something I imagined most people knew to be false. I assumed by now most Christians who wanted to accept homosexuality simply dismissed the Bible as unimportant nowadays, or took the Leftist tendency of abusing critical scholarship to jettison any pesky verses that don't say what we know they should have said.

But leaning on this archaic approach from the earliest days of conforming Christian teaching to homosexuality intrigued me, so I read on. I won't go into each and every argument, but one stopped me where I was. It dealt with Paul's letter to the Romans. Here is the passage in question:


Because of this, God gave them over to shameful lusts. Even their women exchanged natural relations for unnatural ones. In the same way the men also abandoned natural relations with women and were inflamed with lust for one another. Men committed indecent acts with other men, and received in themselves the due penalty for their perversion.

The translation they used had the term 'dishonorable.' From there, the argument was that while Paul was arguing that it was dishonorable, it was not the same as sin. Sin was different. Dishonorable, while not great, was not sin either.

Now I could spend eighteen pages with this one, including analyzing the Greek terms and whether this or that would work. I could also point out that the reference was taken woefully out of context of Paul's overall point: addressing the friction between Jewish and Gentile believers. In light of this, it's almost impossible not to see Paul's message as one of sin leading to eventual repentance without any pit stops of 'bad but not sin' along the way.

But what struck me the most is that this argument hinged on the idea that we in America in 2010 would have no problem accepting something dishonorable as no big deal. I realize that in the world of Honor Killings, and tales of suicide planes in WWII, and fanciful tales of Asiatic terrors visited upon the unknowing Richard Chamberlain all in the name of honor, some may have the unfortunate notion that honor always produces bad, but never produces good.

Looking at our country, it's not difficult to imagine that more and more people see honor this way. And yet, that is something that has been peddled to our nation of hedonistic narcissism in order to validate a nation of hedonistic narcissism. Nothing to kill or die for, Lennon wrote. Really? Nothing to die for? What's that mean? We have a gut reaction of admiration for those who give their lives for others. For firefighters and policemen running up the Twin Towers when everyone is is running down. For the person who gives their life saving a child from a fire. For the soldier giving the final sacrifice for his country.

And yet consciously, we attempt to surround ourselves with lame and baseless notions that honor is a thing of the past, best put out on the back porch with the butter churn and the Bible. How else can we validate a world in which we put ourselves first, and the rest of the world second? How else can we say the world can burn if I don't get what I want? How else can we tell kids to give their parents the big middle finger while telling parents they must give their kids everything all the time? That we can do, say, live, and be anything we want, the rest of the world be damned?

If anything bothers me about homosexuality, it's so much duplicity and flagrant oppression of facts in order to promote it. The idea that an argument for it had to rely on a modern notion of honor that, from a causal glance, has brought so much devastation and harm to our society, is just one more nail in the coffin. Of course the Bible says and assumes homosexuality is outside of normal, outside of natural, and therefore an affront to the Creator of human nature. That has been the universal understanding of the behavior form the beginning of time. Even societies that allowed it did so as an extracurricular activity, never one around which the social family unit was built. Having to ignore facts such as these, to twist biblical passages and ignore data that portrays the lifestyle in less than stellar terms is bad enough. But when I must accept as normative something that is only normative to our shame, that honor is no big deal anymore and should never be confused with sin (which is, in liberal circles, usually defined as rejecting liberal beliefs and priorities), I'm afraid it has gone too far.
Posted by David Griffey at 7:26 AM