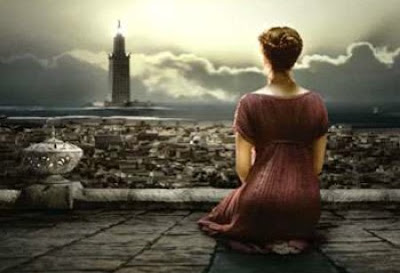 An interesting take on why Christians should worry about art house films attempting to portray Christianity with all the love that German films from the 1930s portrayed Jews. The basic focus of this little film called Agora is that stupid and evil Christians slaughtered a calm and wonderful pagan thinker who, like all pagan society, was concerned with lofty notions of peace, love, joy,harmony, and Utopian paradise. Of course Christianity is ever about ignorance, bigotry, hate and violence that puts and end to that society of love.
You would think since we have the Internet and the Internet makes us smarter, we would have nothing to worry about from such dribble. But then, you would think Oliver Stone wouldn't be allowed in a studio's doors after his deplorable rape of historic facts. Truth is, the more time we spend on the Internet, the less we know that's actually true. Oh, we know more. But how much is accurate? Look at how many believed Dan Brown's The DaVince Code was accurate. That would be akin to believing the Ku Klux Klan has some valid points. And yet, it caught the wave of acceptable societal bigotry, and millions believed it.
There is a reason why so many modern, predominantly left leaning outlets promote things like this, and why Agora has become the new darling of liberal entertainment commentators. The post-modern left is, essentially, a return to paganism. A world where we rely on our passions, turning to strength and force (even if it is the strength of the courts and the academy) to put down all who stand in our way of indulging in our base desires. Meanwhile, like our real, historic pagan forebears, we are adopting a much more relative notion of just what is and isn't worthwhile human life. Abortion, euthanasia, thinning the overpopulated herds, quality of life over sacredness of life - all of these things existed in primitive forms in the ancient world, and are becoming the building blocks of post-modern paganism. The irony, of course, is that those who insist we really don't know what pagans were like since we learned most of it from evil Christian propaganda have, unwittingly, shown us exactly what it was by living it now.
By the way, I needn't point out that Agora, like most modern films, is filled with inaccuracies mixed with fact.
Posted by David Griffey at 10:24 AM