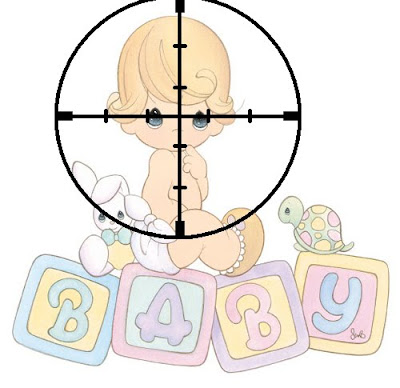 Disgusting. The MSM is all agaga over NY governor candidate Paladino threatening to 'take out' a reporter from the New York Post, the paper that recently reached into a 10 year old's life and dragged her out into the streets as Paladino's love child. Call me old fashioned, but if he did 'take him out', I would probably vote for him. Somewhere along the line, we decided that kids were fair game. I know for a fact that when Chelsea Clinton went to college, the MSM spent days and weeks assuring themselves and others (like Talk Radio) that she - an adult college student - was nonetheless off limits, as all children of politicians should be. That's fine with me. I think they should be off limits, and I think that applies to them even if their parents bring them on the campaign trail. After all, it's still their parents doing it. Even pretending that we give a damn about kids (which moderns typically don't if it gets in the way of our agendas), we should agree that the kids have done nothing wrong.


But somewhere since the late 90s, we've seen a gradual shift. When Bush's daughters were outed for their partying ways, we were assured this was because they had allegedly violated the law, and after all, they were adults. When Sarah Palin's daughter and baby were raped by the Leftist press, we were suddenly told the media has always gone after the kids - as if the Internet doesn't exist and we can't remember more than ten years. Besides, when folks like dirty old man Letterman threw out sexually suggestive jokes about Bristol, we were told she was an adult now (or almost), so who cared.
But now the age is down to ten. Of course, this doesn't count all those wonderful bloggers and radicals on the Left who threw endless insults against Palin's special needs baby. But then, this is the radical left. Expecting any love for babies from that group is expecting a vote for Obama from Sean Hannity. The hatred of Palin was all consuming, and any close to her were fair game.
But this isn't Palin, who it is OK to hate. This isn't Palin, who it is OK to hate her kids. This is another politician. Truth be told, science has yet to invent a measure for my indifference to New York politics. But when I see the MSM becoming comfortable in their own skin relative to exploiting children for their political and social agendas, I think it's time for folks to put down the papers, turn off the channels, and say we can do better by listening to the gossip at the diner downtown.
Posted by David Griffey at 2:19 PM

Email ThisBlogThis!Share to TwitterShare to FacebookShare to Pinterest
Labels: Media