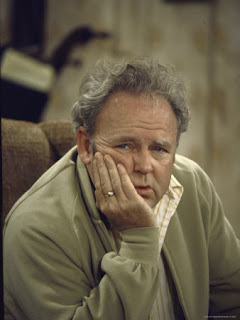 The Huffington Post inadvertently makes a fool of itself as it demonstrates the problems with the post-9/11 world while condemning those same problems. In a post meant to rail against those who let prejudice and politics stain the memory of 9/11, the Huffpost injects its own politics and prejudice. Perhaps that's the problem. We are completely unaware of ourselves. We are unaware of the rank divisions and hyper-partisanship that exists, and has since before 9/11. For these things haven't just marred the anniversary of 9/11. They've marred everything America has tried to do since 9/11. Prejudice? Sure, in spades. And a little of it aimed at Muslims. But most of it? Aimed at the traditional Christian West. For we learned that an isolated pastor of a 50 member church simply demonstrated the inherent bigotry and prejudice that should define all of America and its history. We quickly learned that Islam is not the enemy, and any suggest that hundreds of millions of Muslims supporting terrorism means it might be something to worry about is bigotry, since it's Americans who are a bunch of racists and bigots. And of course, we learned that Islam, being the religion of peace, holds no blame for what happened, but every policy America ever enacted, ever action taken against Islam over the last 1500 years, is to blame.

All of these things are a result of the Officially Endorsed and Authoritative Bigotry taught by our esteemed institutions of information, and believed by millions.

Naturally, politics have played a big role, and both sides share the blame. Not that Huffpost would admit to that. Again, the important thing after 9/11 wasn't that America needs to win. It was that my version of America needs to emerge triumphant. Whatever that version is: Liberal, secular, Catholic, Protestant, liberal mainline Protestant, secular Jewish, druid, whatever. We were not unified before 9/11. 9/11 simply did nothing to change it.

Oh sure, for a few days we came back together (notice I said came back together, not that we came together as if it was some common thing). But again, it took only days before we shook our heads, got hold of ourselves, and realized we could not let a little thing like that stand in the way of our agendas. So here we are. Nine years later, and losing fast. 9/11 was everything Imperial Japan had hoped Pearl Harbor would be, and more. Whether our subjugation will come as a result of the rise of Asia, India, China, or the Islamic world is anyone's guess. But our grandchildren will be the ones to find out. May God have mercy on our arrogance.
Posted by David Griffey at 10:02 AM