The press is the ministry of lies and propaganda

It's official.  Here are two screenshots to demonstrate: 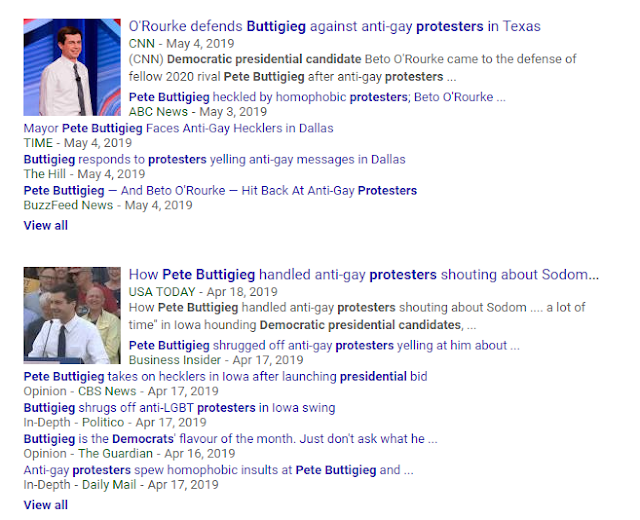 That's the coverage of those protesting Democratic candidate Pete Buttigieg's pro-gay God proclamations and condemnation of those who dare bow before the altar of gay sex.  The coverage is 100% critical of the protesters. And, as you can see, it's carried by multiple national outlets. There are others, those are just the ones in the screenshot.

Also note the dates.  It's an 'ongoing' story, an old media trick.  That means, under any pretense, the press will keep the story going.  Even if there is no new development, they will find a reason to carry the story.  You see this with things like Ferguson, or the ongoing 'Gender Pay Gap', or anything to do with Trump or any opponent of the political Left.  There may be no news at all, but they'll keep covering the stories that elevate the agenda or harm the opponent with even the slightest justification imaginable.

Now, look at this: 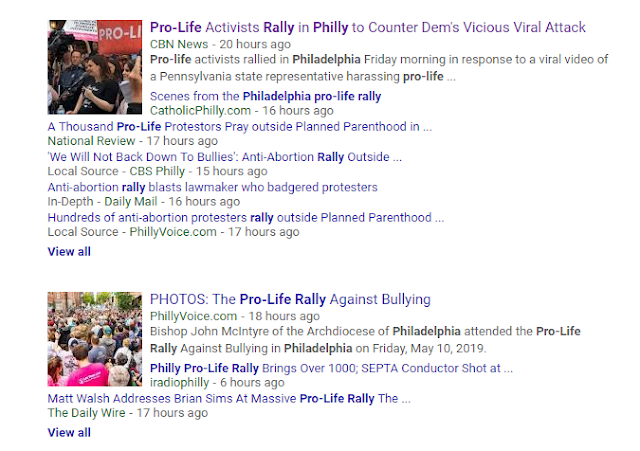 That was the coverage of the pro-life rally in protest of liberal, openly gay Pennsylvania lawmaker Brian Sims browbeating and threatening an old women and teenage girls.  US Today and Newsweek covered the story, otherwise the Washington Post, among any national outlets I found, was the only outlet that covered the story, albeit from a very impartial and restrained position. The only ones covering it otherwise, save for social media outlets, were those who are pro-life, conservative, or Catholic (the older woman browbeaten by Sims was praying the rosary).

That, friends, is a conspiracy to lie and deceive.  Sims' actions are a disgrace and he should be thrown out of office.  God help us if his kind gets within a hundred miles of Washington.  Because we have the ongoing and broad coverage of those protesting Buttigieg, we know the press is more than happy to cover people protesting or holding rallies, or those reacting to them.

I know you'll argue that he is a presidential candidate who will naturally get coverage while others won't.  But remember the saturation coverage the late Fred Phelps received?  Why, every time they showed up to do some deplorable protest the national press was there, plastering the story across the papers and television screens.   And they were a small handful of people with no connection to the presidency.

To me, an elected official, who was a collegiate football player, browbeating and bullying an elderly woman and teenage girls rises to the same level of deplorable as what we witnessed with the folks at Westboro Baptist. It had plenty of coverage, and lawmakers and significant religious leaders spoke out.  This was news as well.

But in our age of censorship, thought control and propaganda, it could not be mentioned.  After all, what Sims proves is that Trump was right, and the Left as wrong as one can imagine.  By assuming that anyone not supporting gay sex is a Nazi, and burying any stories of bad done by those on behalf of the same topics, the press helps maintain the narrative of 'evil to the right/virtue to the left'.

Both sides have their baddies, and sane people know it.  But the Left, in effort to control thought and story, would have us believe only one side is capable of such wrong, and that's why we need to rethink all concepts of freedom, liberty, and life in order to put such a bad side in its place.
Posted by David Griffey at 11:56 AM

Email ThisBlogThis!Share to TwitterShare to FacebookShare to Pinterest
Labels: Liberal "Tolerance", The media and the Left but I repeat myself, The Power of Propaganda