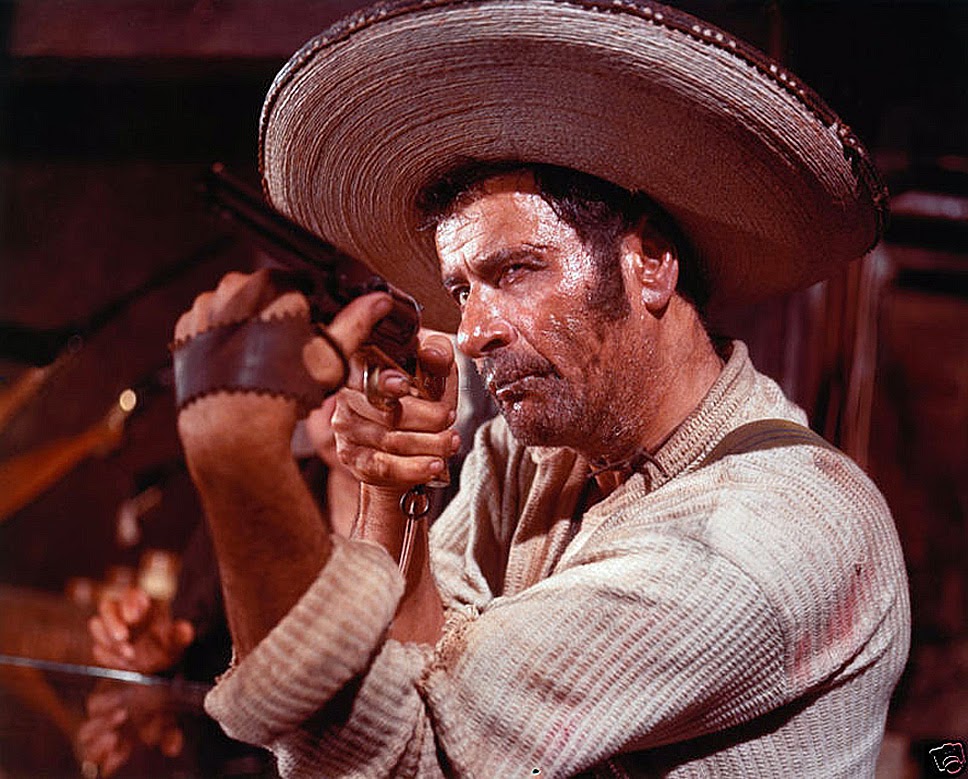 Despite his many cinematic achievements, Eli Wallach will forever be Tuco, the Ugly, from the famous spaghetti western The Good, The Bad, and The Ugly.  Despite starring a young Clint Eastwood in the latest of his 'man with no name' ventures, the film belongs to Wallach all the way.  True, modern PC sensitivities may chafe at his bandito characterization, and some even in the day may not have liked it.  But growing up, the movie was iconic, and it's Tuco that shows you can be evil and rotten to the core, and yet somehow still bring out the audience's sympathies.

Of course this was not his only movie, nor even his most celebrated.  Many would give that honor to the film The Magnificent Seven.  Based on the legendary Seven Samurai, he dons yet again the look of a Mexican outlaw to menace a fretful town.

His acting career spanned decades, and I'm still shocked when I turn on a channel and see Wallach in a role completely against type, at least type as defined by Tuco.  He is more than Tuco or even Mexican bandits. Nonetheless, as must happen to everyone, he died today at the rich old age of 98.  I pray his life was as good as it was long.  And for a young many who used to sit glued to the TV when old broadcasts of Good, Bad and Ugly would play, I appreciate the memories.  May God's light shine upon you.
Posted by David Griffey at 8:29 PM