Are you afraid of no ghost?

The always interesting Fr. Longenecker takes on the topic of ghosts and the Catholic Faith.  Here's the thing.  It's not contrary to the Faith to believe in ghosts.  In fact, it's almost logical.  Just how it works out is up to smarter minds than mine.  But to believe in a netherworld, a spiritual dimension to Creation?  Of course.  If someone doesn't, that's fine.  But there's certainly nothing wrong with believing. 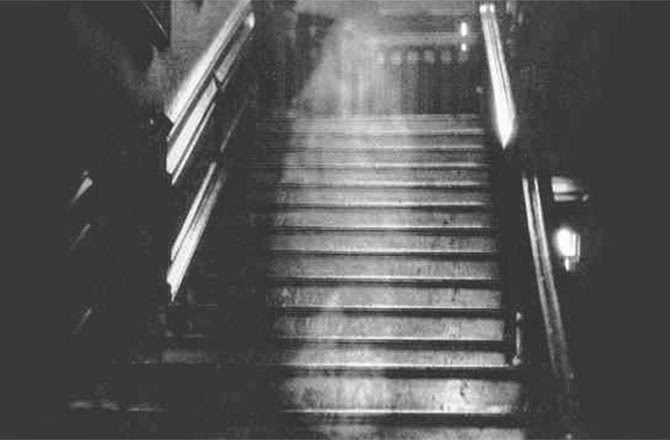 Personally I was always rather cynical about such things.  As a new convert, I was a bit embarrassed by all that miracle stuff Christians seemed to jabber on about.  I accepted the Resurrection because that's what they said I had to do to be saved.  Perhaps a vague miracle here or there.  But I was pretty cynical.

Then two things happened.  First, I watched a nighttime news magazine (remember those? ) doing a special on miracles.  They talked about different ones, including the Miracle of the Sun at Fatima.  In that segment, they interviewed the president of the American Cynics, or something like it.  He dismissed the miracle saying that it could be explained a dozen ways, and was probably just a natural, albeit unusual, phenomenon.  I immediately realized that the presence of dozens of possible alternate explanations doesn't mean the original claim is false.  They could be wrong just the same (especially some of the wilder alternates).  Second, if it was a natural phenomenon, then get a couple peasant kids to predict a similar event and have it come true.  Then we can see it doesn't require divine intervention.

Not that I started believing in miracles and ghosts, but it made me realize that many who don't believe in the supernatural offer no better explanations, and that says volumes right there.  Especially since they seem to invest  so much of their efforts in disproving them.

The second event happened on my honeymoon.  Yeah, go ahead and giggle.  But we went to Jekyll Island in Georgia.  We were married in February since we lived in Florida, and Jekyll Island was close enough and yet far enough away for an early March.  Not many tourists at that time.  Being a history buff, I decided to use a day or two of our week visiting historic sites.  One of the sites we visited was Fort Frederica.  It's an actual location museum and archaeological site.  No fake reconstructions.  It has the foundations and markers of the original buildings, with only a couple examples of later structures marking original locations.

My wife and I went there one day near noontime.  It was overcast and for us Floridians, it was freezing.  There was a slight mist, enough to have made it almost devoid of visitors.  We began walking along the original main street.  There were markers explaining what each foundation would have been.  We went from one side of the street to the other, zigzagging our way down the path. 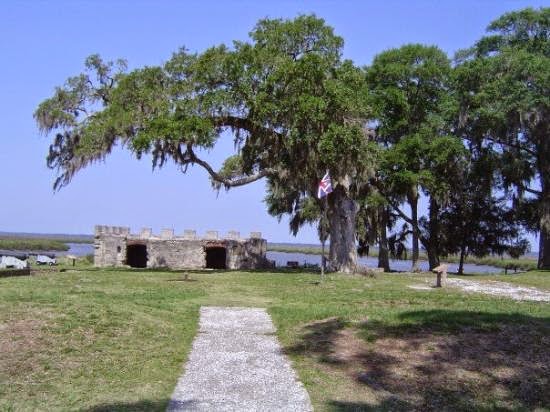 Suddenly, as we walked back from the southern side of the 'street' to the north, I got a massive feeling of, well, pressed upon.  You know that feeling you get when you know, or think you aren't alone?  And that feeling you get if you're being pressed in upon by a crowd, even if nobody is touching you?  That feeling.  Now that's not the crazy part.  When that happened, the feeling I was in a crowd was so palpable, I stopped.  I looked and my wife had also stopped.  With no prompting, she looked at me and said she had the craziest feeling.  I told her I also had a crazy feeling.  We described what we felt and it was the same.

We thought for a minute, then went on with our sightseeing. We looked at the next stone foundation, then crossed back to the other side.  Then we turned and went back again, back to the northern side, and suddenly, there it was again!  Same exact feeling. 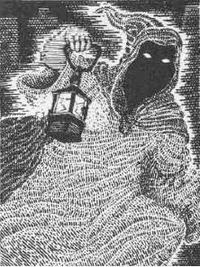 We both stopped and looked at each other.  We glanced around just to make sure.  Nope.  Nobody else was even close by.  At that, we tried again.  But next time nothing.  No feeling of anything other than a cool, misty  breeze.  We continued our sightseeing and then came all the way back to the same spot and retraced our steps.  But again, nothing.  No feeling of pressed upon by crowds, of deja vu, of people being near, nothing.

After that, I concluded there must be something that isn't dreamt of in our modern philosophies.  I studied the history of the settlement and tried to ascertain something special about the anniversary of the date we were there, but I've found no major event for that exact time.  I've had other 'bizarre' occurrences in my life, and while some seem without a logical explanation, all seem capable of some explanation - no matter how stretched.  But not this one.  There just isn't an explanation unless someone wanted to call me and my wife liars.

So ghosts?  Sure, why not.  There's no reason not to believe.  I dare say that a bigger problem is the number of Christians - including Catholics - who don't really believe in a supernatural, miraculous creation apart from a few basics (Resurrection, maybe Virgin Birth, for Catholics the Real Presence).  Take those few away, and we approach the universe with a materialistic simplicity that would shame Richard Dawkins.  Perhaps it's time to recapture a supernatural view that includes not just a couple high and mighty miracles, but one that assumes the universe is on a regular basis more than just rocks and trees and squirrels. And maybe, as Fr. Longenecker suggests, the best place to start is a priesthood as in tune to the supernatural as it is the latest from academia or worse, pop culture, and that might start the ball rolling back in the right direction.

Posted by David Griffey at 8:19 AM