Soteriology for an atheist generation 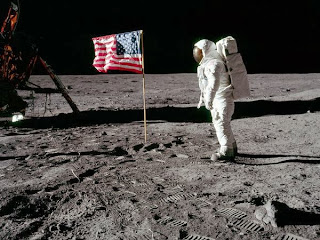 Many moderns are implicit atheists if not explicitly atheistic in their cosmology.  It's true.  The illusions of industry, technology and science have made more than one person focus on the here and today, what's two inches in front of me (or in recent years, on the screen on my mobile device).  The hereafter means little.  People don't even think about it.  It's assumed either all the good folks end up in some ethereal afterlife, or there isn't, or it doesn't matter.

Which is why I sometimes think our obsession with space travel is so strong.  Paint me a party-pooper, but I'm not overly impressed by our space race.  The fact that we ever landed on the moon has not, as far as I can tell, helped the human condition.  The hundreds upon hundreds of billions of dollars that could have fed the hungry and clothed the naked, instead went behind collecting some rocks and having a few photo shoots.

Sure, it's neat.  It's awesome at first, sort of like getting up at Christmas when you're a kid and you see that biggest box in the corner.  Huge box.  It has to be great!  And then once you open it, even if it's a toy, you realize it's only ho-hum.  That's how I feel about space travel.  We don't even know if real intergalactic travel is possible.  It might not be.

Proponents of space travel point to old explorers and bold racist imperialists who didn't let stupid tales of falling off the edge of the world or getting eaten by monsters stop them.  Of course we know that their actual concern was lack of supplies and the ability to sustain a long voyage.  Plus, they knew you could sail in a boat.  They knew you could cross mountains.  It had been done for eons.  The only question was did they have the materials to make it longer than before?  We have no clue if humans - or any living creatures - can sustain what would be needed to make space travel, much less non-earth self sustained living, practical.

And the returns and costs?  For hundreds of billions of dollars we've only had a few things confirmed that we seem capable of learning from our snug labs in China.  What else could we spend so much on for so little return and call it a success?

So why do we do it?  Why are we obsessed - beyond the simple coolness of it - with someday getting moon colonies, or Mars colonies, or slipping the surely bonds of the Milky Way and touching the face of Andromeda?  I say because in many ways, space flight and the promise of keeping the human race alive beyond the earth is the soteriological hope of the secular man.

Soteriology is, of course, a fancy scholar term for the study of salvation.  In the old days, that was the hope that we would die and dwell in the house of the Lord forever.  In recent years, that seems to be an assumption on the part of a growing number of believers.  Hell is, well, diminishing in importance and acceptance.  For the secularly dominated, however, there is nothing.

If the Cosmos is all that was and will be, and we live forever in our memories and the lives of those who come after, then once the world ends, everything becomes pointless.  Right?  I mean, the atheist says eternal life is in the memories of those who go beyond, who see a world that we shall never know.  Some say it continues in our genes.  A circle of life thing.  Even if our great-great grandkids forget about us, we are still 'alive' in their genes (poor things).

Problem with that is, once the world blows up, then it's all for naught.  Eventually, everything is rendered pointless.  It didn't matter.  It didn't matter that Mozart lived, or that Confucius lived, or that Martin Luther King, Jr. was a better man than Hitler.  The world blew up.  It's over.  There is nothing left to carry on a gene or a memory.  The entire story of every living thing has just become pointless.  The smallest molecule in the universe has every bit as much meaning as the entire narrative of human history.

So for the secularist, the atheist, or the lazy post-modern who gives it little thought, could it be that the only real hope for keeping 'eternity' alive and making the human species worth anything more than an electron, is that some humans, somehow, someday get to escape before the world blows up and are then able to keep the memories and the stories alive?  That's eternity?  And it only works if we can get off this rock, this rock that both the Faithful and the Atheist agree is not long for the world.   Just a thought. 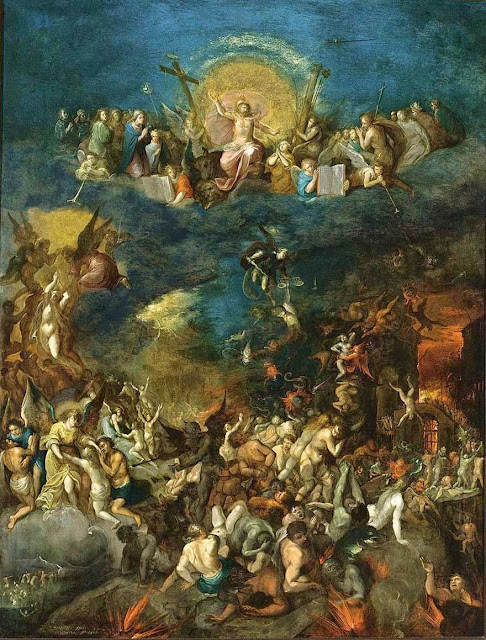