On this Feast of St. Francis 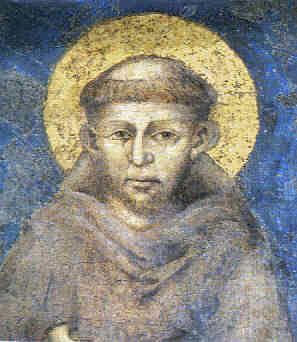 A story about Pope Francis.  Much is being made about our new Pope right now.  In this story, American Catholics are overwhelmingly happy with him, especially his statement that it's time to put the fighting over gay marriage and abortion and such things aside.  Two possibilities there.  Either they are misreading what he's said, or those who are worried have reasons to worry.  I say this since there's not a reasonable person in the world who doesn't know that, on the whole, the majority of American Catholics use contraception, support abortion rights, and now support gay marriage.  The majority numbers vary per topic, but that thing known as liberalism wouldn't have made it this far without the crucial support of American Catholics.  At least in the United States.  Not all of course.  But poll after poll after study after poll says the majority.

So time will tell.  It might be, as Charlotte Allen of the L.A. Times suggests, that Francis is simply the first Pope of the Post-Western age.  As we watch the sunset on the civilization that Catholicism built, and the origin of industrialization, science, enlightenment, liberty, Democracy, Mozart, Shakespeare, Film, Light Bulbs, Technology and an endless list of things we enjoy and take for granted, Pope Francis may simply be pointing to a world that no longer cares about such things, or at least the civilization that brought them.  What that means, I don't know.  Is he a reformer?  A radical?  A revolutionary?  Only time will tell.  But on this feast day of that Saint of Saints that even atheists and fundamentalist Protestants tip a hat to, it's worth taking a step back and watching a man help remind us of why the name Francis was so special to begin with.
Posted by David Griffey at 9:20 PM

Email ThisBlogThis!Share to TwitterShare to FacebookShare to Pinterest
Labels: Catholic, Catholic Church and the Left, Holidays