Atheists pine for the American Soviet 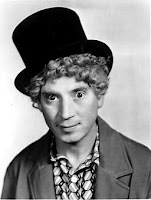 There's a refreshing honesty in modern atheism that is getting more and more brash about its desire to eradicate religion from public society.  Sure, most radical atheists will still deny that they yearn for a good old USSR style contempt for religion on an official, societal level.  But when it comes to their actions, you'd have to be a fool to miss the trends.  Harpo Marx once said that when he returned to Germany in the 1930s to visit his family's roots, he could just tell.  Walking down the streets, seeing people, watching things - he just felt it in the air that something horrible was going to happen.  We're not there yet.  But the modern atheists, like the radical groups of Central Europe in the 1920s, are more than happy to proclaim what they want to happen.  Now will Christians in particular and believers in general unite in time?  Or will we continue to demand a superiority and purity from every other believer that we ourselves could never provide before we join to stop the momentum?  Not all atheists are like this of course.  And this little piece picked up by Mark Shea shows that some, even if their overall dislike of religion remains, are honest enough to see the disturbing signs on the other side of the metaphysical aisle.
Posted by David Griffey at 9:23 PM