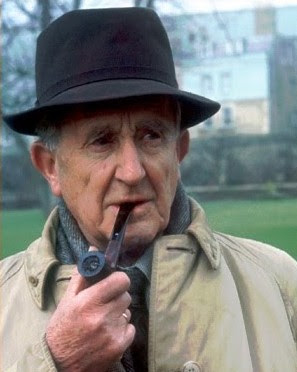 Yes, it was the 120th anniversary of the birthday of J.R.R. Tolkien.  Not a big fantasy fan myself, and I admit I've read the Hobbit just to say I've read the Hobbit.  But his masterpiece, his magnum opus, his work considered by many one of the greatest contributions to literary fiction in the 20th century, still holds me in awe.  How a person can write in such a way, a way that makes you think if anyone else had done it that way, it would have been laughed out of the book stores, is beyond me.  He says it without saying it, and yet says it well.

He was both deep and thoughtful, wise and intelligent, witty and whimsical, a lover of ancient languages and academic exercise as much as a good pint of beer and a pipe with friends in the neighborhood pub.  He suffered loss and heartache, experienced the horrors of industrialized warfare, and yet never lost his love for growing things, natural things, beautiful things.  And somehow, like all of the great ones, he combined it all in a mixture of unparalleled quality and impact.

The Beatles didn't make it all up, but they took the influences and combined them in a fresh and revolutionary way.  Orson Wells didn't pioneer everything on the set of Citizen Kane, but he took what was done and mixed it together in a way that changed cinema.  And Tolkien didn't invent fantasy, dragons, or even orcs, but the shadow he cast over the genre, and the influence he has had on a generation of authors, filmmakers, musicians, and readers, places him on the same plane as those others, and many more.  So for all the memories, all the fun, and all the pipeweed everywhere, thanks Professor Tolkien for the memories, and happy Twelvity, may there be many more who follow the joy of your creation while you take in that eternal evening rest from a troubled world.