It's not easy being Southern Baptist 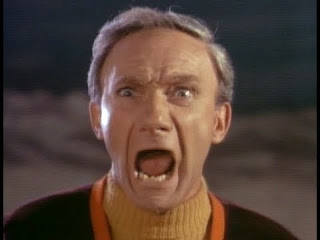 When yours is the denomination founded during the split over slavery in which yours sided with slavery, in today's world you're going to have some splanin' to do.  Racism and slavery are now officially the all-defining,  unforgivable sins. Cure cancer, rescue 50 children from a burning building, but if it's discovered you once made a racially insensitive joke 20 years ago when you were in school, you're now defined by your vile and unforgivable racism - only for White Americans and Europeans that is, since apparently those are the only places where racism or bad slavery happened.

In that environment, what are Southern Baptists to do?  Well, what most Christian leaders and traditions are doing now, and that's crumble, cave, grovel, throw out anything and everything that can be thrown, and hope they'll still be able to sail to the world's best parties with all the money and T&A.

That seems harsh, but these are harsh times.  Like many Christians in the dying West, there's a good chance much of what they said they believed they didn't, and hadn't for some time; the assault of secularism taking its toll over the years.  Nonetheless, it was a great way to kill a Sunday, gave some semblance of purpose to purposeless lives, and Christian leaders could straddled the fence with all the boons of our affluent and free society on one side, while popping six figures for Jesus each Sunday on the other.

Unfortunately now the Marxist cat is out of the bag, and there's a good chance we're watching the collapse of all that affluence and freedom stuff, at least if you fail to bow to your Marxist masters.  So expect to see more of what we're only now beginning to see, and that's a complete jettison of anything and everything as dictated by the Leftist state from those institutions we once imagined were set firm and secure.
Posted by David Griffey at 5:30 AM