Celebrating Gone With the Wind 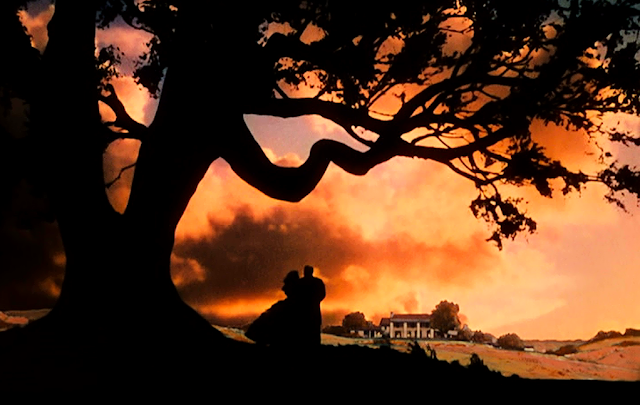 Someday I'll unpack a full list of reasons why I'm always amazed when I take time to watch this classic.  Today, of course, it is under assault along with the rest of the United States.  Per the goosestepping Bolsheviks, it is a racist movie made by racists to celebrate a racist part of a racist nation founded upon a racist document.   That's the American Bolsheviks.

They should be a rather small minority, but they are buttressed by the press, the entertainment industry (to a point, Hollywood still seems a bit squeamish about the waves of censorship and digital film and book burnings sweeping the Left's quarters), and our educational institutions.  Because of that, the Left's equivalent of white supremacist militiamen holed up in a log cabin in the foothills of Montana are given a loud megaphone, and social, legal and political power.

Of course I reject the racist notion that you can judge a racist by the color of his skin, that all whites are and were nothing but racist, and that America was Nazi racist from sea to shining sea.  I also follow the old idea that presentism is a horrible way to do history and can lead to the arrogance that underlies much of the horrors of human history.  Remember, it was arrogant political and economic philosophies and ideologies, not racism, that were the biggest killers of the 20th century.  That is largely based on the idea of knowing I'm so right, of course those who disagree are stupid, evil and a threat to the motherland.

Because of this, I get to enjoy a wonderful movie made on the grandest of scales, and appreciate all of its complexities, especially when set against the cinematic dribble and bilge that is vomited out of the movie industry today.  In most cases, movies today are either one dimensional CGI fodder with occasional (and often shallow) human interaction, or they are Leftist sermonettes in movie form.  In either case, the important thing for a movie today is to check a laundry list of demographic labels and categories and make sure the characters conform to the Leftist narratives and agendas.  It's like making a movie based on the ingredients list of a cereal box.

Compared to that, the complexity and depth of GWTW's characters (even if already watered down from the book), soars high.  It looks like a movie about people in an age when, even in the shadows of something like the Civil War, most of the drama involves personal lives, loves, and loss.  Unlike today, where more Americans see politics as the all-god, the end to all, the first and last, this is a time when people were still people, and there were other things to think on than the latest political or social issue.

Not only do the characters, but the people who made the film, exemplify this.  If you haven't noticed, one of the macro-threads of modern criticism from the Left is the condemnation of any artist, musician, author, filmmaker or thinker dared to produce anything without focusing exclusively on the socio-political topics we obsess about today.  Not only are they condemned for not being up to our stellar brilliance and moral perfection, but they didn't even make movies focusing on the politics and social issues of the day.  Or at least, they didn't so do with all the subtly of a cement block, which is what films want today.

No, we watched it last night for my Mom.  The boys call gathered together to watch it with her.  We were going to take her to the showings at the cinema, but she felt she wouldn't be able to sit through the whole movie in a theater.  So with the miracle of an old big screen TV, we brought the theater to Mom.  Popcorn and all.  Of course she loved it, since it's her favorite movie.  My boys talked once again about how good it is, how tough, how brutal at times.  How real.  They've labeled the last ten minutes the most heart wrenching ten minutes in movie history.  That's because it was about real people, not cardboard cutouts meant to appease a movement that would be nice not to give a damn about.

Email ThisBlogThis!Share to TwitterShare to FacebookShare to Pinterest
Labels: Anti-Americanism, Censorship for the Stupid, Movies