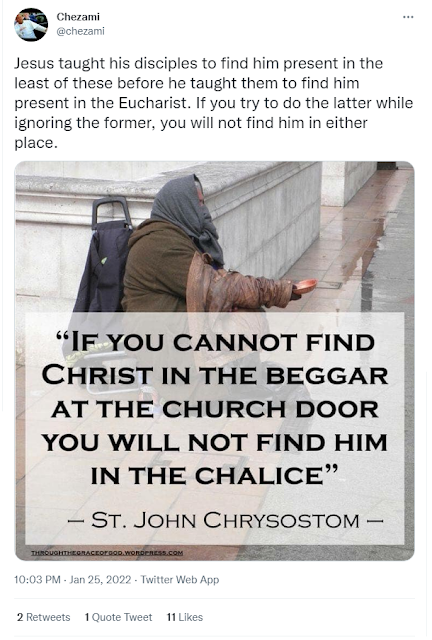 Credit where it is due.

The Christian Faith is a religion of doctrine and belief.  It is Truth incarnate.  But belief is a verb, not a noun.  It's only valid in that you live your faith.  See James.  And living the faith requires everything the Lord commands.  It requires mercy and charity.  It also demands we not follow the sins of the world.  It also insists we don't enable those who indulge in the sins of the world.

There are many aspects of being a true, practicing believer.  And one of the most important is that we make sure not to step over Lazarus on our way to the party.  Nor do we cross the street to avoid the man beaten by robbers.  Rather, like the Good Samaritan, we cross the road to help, to heal, to aid, to stand beside and minister to.  And always so that the sinners or tax collectors we encounter will leave their lives of sin and believe.  And by belief, don't' forget, we mean a verb, not a noun.

FWIW, if this is what Mark spent his time focusing on, you'd find no greater supporter of Mark Shea's ministry endeavors than this former Protestant/Agnostic.