Congratulations to my second son 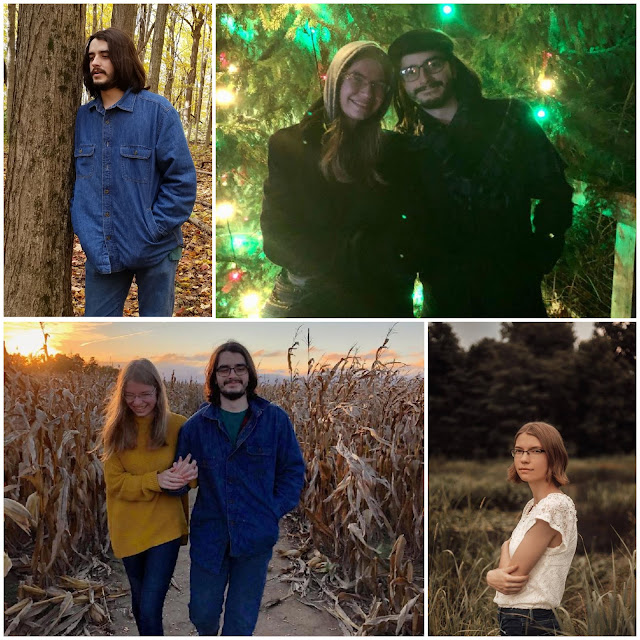 It's  official, he's engaged.  He began dating his girlfriend last year, in the deepest, darkest part of the pandemic.  She's a fascinating young lady I must admit.  A homeschool family, she's the sole daughter with four brothers.  On top of that, she's the oldest of the children.  Like most young girls in that situation, it puts her at the 'ten going on twenty' level of maturity.

Her family is nice.  They're Presbyterian, of the orthodox variety.  They are close and have solid values they have passed onto their children.  Certainly their daughter.  And that's fine by me. She and my son have some work to do regarding the difference in Christian traditions, but they are committed to working things out before marriage.  They aren't going to flip a coin and pick whatever church comes up tails just to have an aisle to walk down. Which I also respect.

We always assumed it would be our second oldest who was first to step out into the world.  From around kindergarten, he's had one foot out the door.  Our oldest is rather shy and of a solitary nature.  He keeps a very small circle of friends, plus his family, and that's it.  He's comfortable with routine and, right now, trudging through college is the routine that keeps him more than busy with an end goal still years in the distance.

As I've written before, he was going to be a gourmet chef.  His cooking skills are magnificent, and a constant challenge that runs headlong into my need to keep the weight down.   But it was not to be.  Diagnosed with a fatal seafood allergy, in which he can't even be in a Walmart Supercenter that is cleaning the seafood counter on the other side of the store, there is no way a restaurant would hire him. He changed his major and is now pursuing different goals.  Having worked with others in the Church, I might add he has pondered - only pondered mind you - a vocation within the Church.  But I'm the last to push in any one direction.  For now, getting into graduate school is his main objective.

Our youngest is, of course, not in play at this time.  The thought that 'the brothers' are going to begin breaking up has cast a shadow over him the last couple years.  Already they were supposed to have moved out, but Covid nixed that.  He's enjoyed the reprieve, even if their schedules have made doing things as 'the Bros' fewer and farther between.  He will have friends, but his brothers worked feverishly to ensure a strong bond between them and their youngest.  Therefore, as the time gets closer, I know it will be tough on him, as it always is when the nuclear family begins going the way it must.

Our third son is our AAA+ personality, salesman extraordinaire.  He had planned on going into law enforcement, but then was injured and laid up for over four months. During that time, society took a downward dive where police are concerned.  He concluded he wasn't prepared to go into something that all but admitted it would have to compromise officers' safety to avoid being crushed by the modern Woke.

Instead he's gone into business, aiming at being an entrepreneur in the years to come.  Using what he's learning while working in a chain restaurant, he's already a manager, being promoted before turning twenty-one.  Despite his personality, however, he's a person who tends to be driven towards what he's doing at the moment.  He gets along well with others, and has had endless friends and has liked plenty of girls - but always at arm's length.  With him, his focus is the latest goal in sight, and he works around the clock to achieve it.

But our second son has always been somewhere in the middle.  More outgoing than his older brother, he's nonetheless more reserved than our third son (but then, so is everyone I've ever known).  He has had friends, but not too many.  He's dated several girls, more than the others.   But always with a sense of looking at the next steps in life.  Right now he's honing his business skills for an ambitious venture he and his fiancé are embarking upon.

I think she will be a good help, because in the last year they've dated, I see them get on well.  They compliment each other nicely.  His inscrutable ways seem to do well when matched with her solid sense of who she is.  With a Cheshire Cat-like smile and a willingness to speak her mind, I feel she will be that fit he's long been seeking.  So here's prayers and toasts to them.  We told him after we met her a couple times that a parent could do far worse than hoping for a girl like her for their son.

No details are forthcoming but, right now, it's that next giant leap into a bigger world.

Email ThisBlogThis!Share to TwitterShare to FacebookShare to Pinterest
Labels: Good News, Prayers, the Boys, The Family