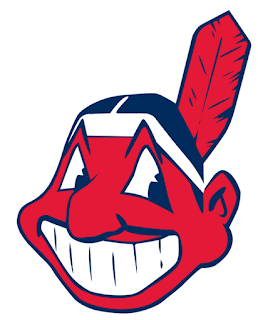 I was never an Indians fan, so I don't care.  This is just the latest in the move to destroy the United States and its heritage.  Trump did nothing to stop it.  In fact, it was using Trump at Hitler that the Left stepped forward and put its plan to destroy the US and the greater Christian Western tradition into full gear.

The thing that caught everyone by surprise has been the speed with which Corporate America jumped on board.  Sure, corporate interests always go the way of the profit, and more than once they have changed to keep up with the latest sensitivities.  It isn't as if all those companies gave a rip about the environment when they were all putting out commercials about how much they cared about the environment. They were just looking at market trends.

But joining in the whole 'America as racist Nazi state' seems to have caught people - especially conservatives who long defended the interests of Corporate America - flat footed.  But it shouldn't.  My boys made a good point about this some time ago.

Basically, the reason we have America in the first place is because the people with the wealth and power wanted it to happen.  Out of good fortune, those people also happened to be invested in finding a way to build the better political mousetrap, and had the character to see things through following the Revolution.  But they did it all because it was in their interests to do so. The reason why they took the stand they took against merry old England was because they benefited from their decisions to stand up to England, or at least not to back down.

Now the people with the wealth and power benefit by beating America into the ground; by convincing people that antiquated ideals like freedom of speech or religious liberty or due process are in need of reimagining.  They benefit by convincing Americans that it is our country, and no other, that is truly reprehensible and that we are beneficiaries of the most evil and wicked of all nations.  Why?

Hard to say. My boys believe it's because China and India are the Boardwalk and Park Place of the global market.  Was a time, only back in the 90s, when broadening trade with China raised eyebrows on both sides of the political aisle.  After all, China had only recently slaughtered thousands of student protestors in Tiananmen Square.  And that was par for the course in China.  It sill is.  China may have broadened its market, but it's still a brutal totalitarian communist state that oppresses, enslaves, persecutes and even murders its own citizens (or others if they can).

Our betters reaching out with love and bank accounts to such a nation might just raise a few eyebrows here at home today.  Some might not like the idea of making money off of a nation like that, or other places where slave labor and child labor are business as usual.  It might be a problem in a country that still believed it had the moral grounding to have a say in such things.  But a country that was convinced it and it alone is the true source of evil in the world?  A nation where people believe almost anything to do with our own country is racist evil, and we are the most murderous genocidal nation in the world?  Why, what right do we have to complain about people or corporations or anyone else reaching out and doing business in China or similar nations?  It isn't like China could be worse than America or anything.

Could be.  Whatever the reason, Wall Street and Madison Avenue and Hollywood and other power players no longer feel lifting America up is best for their bottom line.  Beating it down, shaming it, joining in the move to eradicate as much of Christian Western and American heritage as possible - that's where the money is.  For whatever reasons, that's what the powers that be want, and just like those who inherited a nation of the people, by the people, for the people centuries ago, the hoi polloi will inherit what the powers of today want them to inherit.

Posted by David Griffey at 6:33 AM

Email ThisBlogThis!Share to TwitterShare to FacebookShare to Pinterest
Labels: Darwinian Capitalism, Decline of the Christian West, The Decline and Fall of the American Dream