I was emailed this blog post, in which Mark Shea throws down the gauntlet.  It's time to destroy the GOP and set up the Democratic party as the sole political party of the United States.  That's some moxie, to admit you desire the eradication of your political adversaries setting up your own party to rule unhindered.  Of course the GOP is people, and we saw last century how that line of 'I'm only against the politics, not the people' thinking usually ends up.

For a bonus, I did something I almost never do anymore and actually delved into the the combox section.  It reminded me of that episode in Lavern and Shirley when the girls have to go into Lenny and Squiggy's bathroom.  They run in and run out screaming.  But it absolutely showed why this sort of fanaticism can't be reasoned with, and is the sort of thinking that those who would destroy liberty and life must have in their corner to accomplish the end of the Christian West.

For instance, here is a response to a reader agreeing with Mark, but concerned that the evils of the Democratic party don't justify such support for them, even against something as bad as the GOP:

What enthusiasm? Seeing the obvious necessity of supporting the Dems is not enthusiasm. It is realism. And I deeply resent the comparison to Saruman. Here’s reality. One of the biggest lies conservatives tell is the Both Side Moral Equivalence Lie, which they use to try to posture about their moral aloofness from the catastrophe they helped create in their slowness to oppose the monstrous freak show of the GOP. When you compare people who had the guts to *act* while you stood back and lied to yourself that the Dems were no better than the GOP freak show, all you do is insult people who helped to stop the gravest domestic threat since the Civil War, and one responsible for the deaths of hundreds of thousands of Americans in a single year. When you slander those people as being willing to do evil that good may come of it, you are simply bearing false witness against your neighbors. It’s ugly and you should repent it and apologize. One need not support evil to see that voting Dem is clearly the sane way to lessen evil. Your moral aloofness has one concrete effect: it helps the evil and it bears false witness against those who, often at great personal cost, have fought that evil.

Whew.  In other words, how dare you even challenge the purity of my motives, and the clear and obvious truth of my political positions - repent and apologize.

Yep.  That is someone beyond all reasoning.  That he is a paid Catholic apologist who is able to be keynote speaker for Catholic ministries and a published author continuing to be referenced by Catholic leaders and clergy and publications goes a long way toward explaining the unchecked gushing of people making 'former Catholic' the fastest growing religious group in the world.  People want God, and a world unlike the crazy mess we're in, not just another version of the crazy mess world that has a crucifix dangling from the walls.

For a bonus, I noticed he had a follow up post here, in which he tells people not to bother reaching out to even the elderly who may have fallen under Trump's spell.  Let God save them if He will.  To which already a few commenters have rejoiced at the thought of urinating on yet another demographic: elderly conservatives who refuse to see the light. 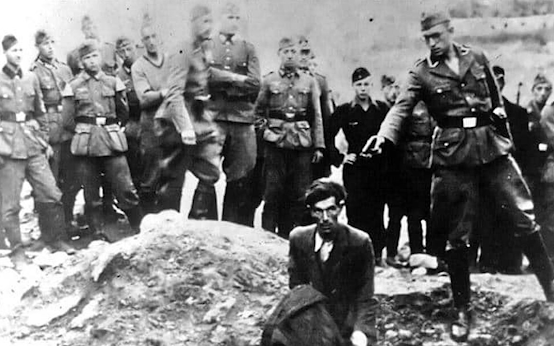 Comes from somewhere.  It doesn't just happen overnight.  When you've reached the point of saying my politics is on the side of God, and the opposition party is evil beyond redemption and must be destroyed, it's not hard to believe there is no limit to where you will go.  This is especially true when you have the bulk of the power players of a given society at your back, egging you on.

So with that, I return to my self-ban on Mark's social media sites and pray for the future, since just who will be doing what in the upcoming months is becoming clearer and clearer with each passing day.

UPDATE:  I was informed that Mark made a little dig when someone informed him of my post being picked up by The American Catholic.  His quip: I can't get over him.  Here's the thing.  In my Protestant ministry days, we often told people about the goings on of Fred Phelps.  That's not because we couldn't get over Phelps.  It's because we felt it our obligation to help people see the difference between someone preaching the Gospel and someone using the Gospel as a club to bludgeon people with and advance personal agendas.

Email ThisBlogThis!Share to TwitterShare to FacebookShare to Pinterest
Labels: deals with the Devil, Decline of the Christian West, The Decline and Fall of the American Dream