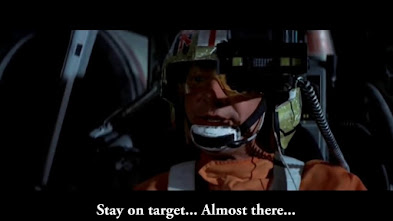 As I've written before, we consider the first half of the year to be sort of jumping from oasis to another oasis amidst a desert of paganism, hedonism, lies, evil, stupidity and the general push to eradicate the Christian Western tradition and specifically the American experiment.  Almost anything once considered good is under fire, and a growing number of things post-war liberals declared to be evil are now considered quite acceptable - based on group identity labels of course.

Sure, there are the oases: Easter, Lent, St. Patrick's Day, Presidents Day, Mother's and Father's Day, Memorial Day and a few others.  But on the whole, it's months of constant reminders of the evil of America, Europe, Caucasians, Men, Christianity, tradition values, Truth, values, morality, humility, equality, people who think sexuality and childbirth are related, freedom, forgiveness, and a host of other truths that are unacceptable to the Global Left.  During the first half of the year, we're strangers in a strange land.

But come the end of June, the first corner is turned as our third son's birthday brings us back.  Soon it's the historic Independence Day and, despite attempts to the contrary, love of this particular country becomes vogue.  Then comes our youngest's birthday in July, on the anniversary of the first Moon landing, then our second oldest in August at the very end of summer.  Then comes September and after Labor Day, the kickoff for that Season of Seasons.

In October I remember my Grandma, the only grandparent I actually knew well, and our oldest celebrates his birthday.  October is also Autumn on high octane in these parts, with plenty of harvest, football in high gear, tradition and spooky ghost stories from olden days, and God's fireworks display as seen in the brilliant fall foliage.

November is Veteran's Day, and Martinmas for us Catholics.  Thanksgiving still makes too much money to be axed, and its focus on family (however defined) keeps it alive.  It also does for us what it has always done, and marked the kick-off of 'Christmastime'.

In recent years, our godless nation has become so hostile and openly hateful toward the Gospel, that the innocent 'most wonderful time of the year' is tougher and tougher to square with historical Christian celebrations of the Nativity.  Increasingly we find ourselves downplaying old customs and more and more focusing on the preparatory season of Advent.  We still do some olden traditions when we can, though the numbers we can do have dropped as times change, things pass, and the boys grow older.

Still, come Christmas we all rejoice and block the world's hate and its darkness out and bathe in the light of Christmas.  We do the full twelve days and even pause on New Years to celebrate American style.  We try to make as many days special during the Twelve Days of Christmas as we can, with feasting, presents given, times shared, movies watched, and just enjoying our company, since I can say we're blessed to have boys who put time aside for the family no matter what is happening in their lives.  Even when they are dating, they will tell the girls in question that two days at least for the family must be set aside each week: one for their youngest brother, one for the family as a whole.  That's not bad.

So there it is.  We're getting close.  This year our third son turns twenty-one.  He's had an eventful couple years, but has come out of it as he typically does, ahead of the game.  He's a manager now, having gotten his own new car and already has planned his next step up the corporate ladder.  He knows someday he'll have to go to college, and that's something that he chafes at, seeing what his older brothers have had to listen to in their classes.  But he's stockpiling his funds and will only do that when needed, and in a way he won't have to borrow a cent for in order to do it.

We understand that things are changing fast.  The Global Left used Donald Trump to leverage destruction of the West and speed up the West's demise by being open about the push to get this one evil civilization out of the way in order to make way for the rise of a Utopian world.  We get that this 'our half of year' will not last, and even now the different signposts - Christmas, Thanksgiving, Columbus Day, Independence Day, even Halloween - are in the Enemy's crosshairs.  We know it could be mere years before many of these things are eliminated.  Already I'm hearing calls to end July 4th and all that old racist symbolism in flags and slave Constitutions and replace it with Juneteenth as America's REAL Independence Day. Meanwhile, others are saying Juneteenth isn't enough, and until we define the whole of America as a racist state based on nothing but evil, we'll never be the true socialists we're called to be.

Nonetheless, you get what you can when you can get it.  For now, that will suffice.