A rare picture of censor-culture Catholics being censored 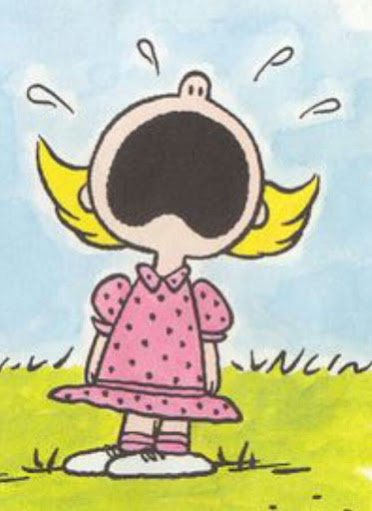 Yep, that accurately portrays the sudden outrage of having applied to them the very practices they want applied to others; 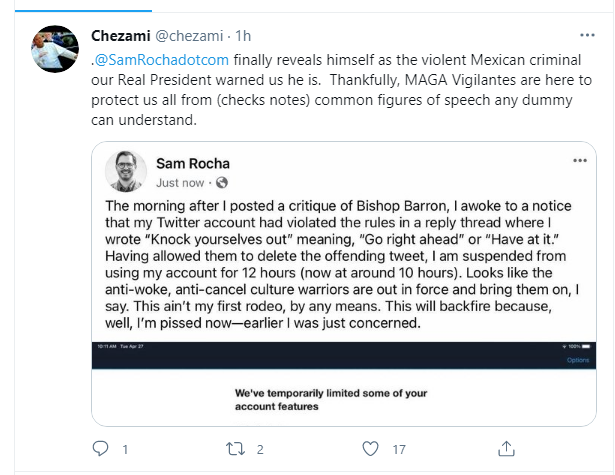 Hilarious.  Mark, who has rejoiced time and again when Tech Companies censor conservatives, now gets his underwear in a knot because it happened to one in his circle. Note the appeal to race identity where there is no reason to think race has anything to do with it. There is no human race, there is only the skin color.  Thus says the Left.  Apparently some New Prolife Catholics approve this message.

Meanwhile Sam, who has been leading a minor crusade against Bishop Baron since the good Bishop called out "wokeness", is equally miffed. .Note Sam's perfect acceptance of 'wokeness', which is essentially liberals punishing and censoring wrong think and silencing dissent ... until it happens to him.  Then he's - wait for it - pissed now!

Bwa ha ha ha!  You don't get better examples of hypocrisy than that, courtesy of two professional representatives of Catholic teaching in modern apologetics.  Of course on a technical level, there's nothing wrong with societies having standards and expecting people to abide by those standards, and even stepping in when people get out of line.  Freedom, after all, does have it's limits.

The problem is, those who embrace the Left are confronted with being the ones who for decades insisted that anyone banning anything, or punishing any artistic expression, or mandating conformity to any speech, were the fascist Nazis.  Trying to square liberalism's great post-war mantra of 'always tolerate freedom of expression' with the current Left invoking a self-righteous intolerance that would shame McCarthy, is one of the big challenges for progressives today.

This is why I insist we shouldn't say woke.  Call it what it is, little leftwing advocates being the intolerant fundamentalists they so often condemn.  Just without the self-awareness.

Email ThisBlogThis!Share to TwitterShare to FacebookShare to Pinterest
Labels: Censorship for the Stupid, Hypocrisy, Liberal "Tolerance"