Why so many liberals love the Beatles 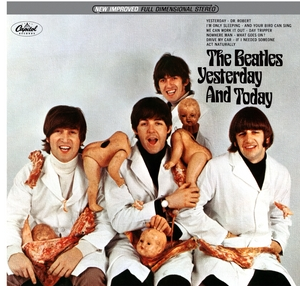 Yes, it's a sad and frightening spectacle.  You'd think no matter how the evidence was obtained, the outrage and horrifyingly repulsive and sickening display of what goes on behind Planned Parenthood doors would have turned society upside down.  I don't expect people born and baptized in the pool of narcissism and hedonism to turn on a dime and renounce abortion. But I thought the overall response would be immediate disgust, and the demands to punish PP for such a grave assault on the dignity of the human being.

But no.  Far from it.  It's been defend, defend, and defend.  And as can be expected, the liberal branch of American politics is the primary defender of such callous and deliberate disregard for human life that one has to reach through the wire fences of Auschwitz to find a similar example.  Of course not just the Democrats.  As can always be expected, the proper number of Republicans will jump ship and support Hell rather than fight it in the hopes that lucrative political careers and champagne luncheons are maintained.
Posted by David Griffey at 7:56 PM