The power of propaganda is in the weak minded

And the willing minded.  Propaganda won't work without those two groups. People ill-informed or ill-educated who believe the unbelievable.  And people who are smart, intelligent, informed or educated who know it's BS, but promote it anyway because it serves its purpose.

So, based on the popular liberal narrative, the narrative assumed by our media establishment, the following is true:

This is the party of old, gray haired, close minded and like thinking bigoted, backward looking, white men: 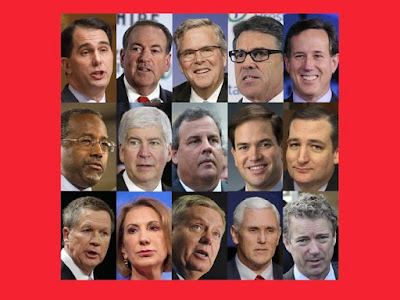 And this is the party of youthful, inclusive, diverse and open minded politicians all about the future and welcoming different views: 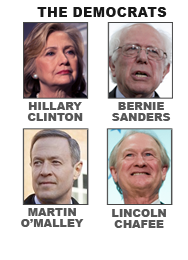 See how that works?  The evidence is clear that the GOP has, once again, fielded a spectacularly diverse field, filled with a variety of ages, genders, races and viewpoints.  The Democrats have, once again, fielded a group of individuals like thinking on almost every major issue, whose average age (65.5 years)  rivals the oldest GOP candidates of the past who were subtly attacked because of their advanced years, and except for Hillary (almost as old as Reagan when he ran in 1980 and Democrats said he was too old), a bunch of gray haired white guys (O'Malley being the youngster at 52 years old).  And yet, the basic unspoken assumption is that the Democrats are the real party of the future and inclusion and diversity, the GOP the homogeneous party of old white guys all about the past.

Propaganda.  It's used because it works.  And it works because of the weak, and the willing, minded.  Hence, informed and highly educated people in a very advanced nation could see this: 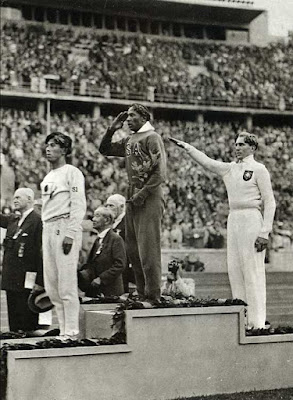 And still believe this: 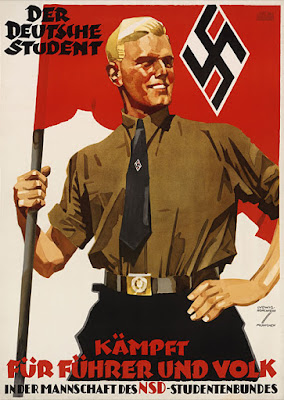 Email ThisBlogThis!Share to TwitterShare to FacebookShare to Pinterest
Labels: The Power of Propaganda