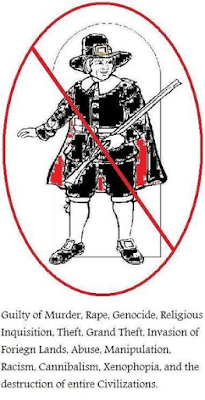 And the West.  Good to see.  Mark threw out a little dig at Jews who aren't on board with Pope Francis, though admittedly in a way that seems - to my eyes that aren't part of that culture - a bit strange.  But since I'm sure my culture seems strange to others who aren't in mine, I tend to be slow on judging the strangeness of other cultures.

Anyway, one of his regular readers jumped in pretty quickly and asked how we can see a difference between Israel's treatment of the Palestinians versus Europeans' treatment of Native Americans.  Seemed like bait, since most liberals will immediately say there is no difference.  In each case it is a vile and contemptible race of evil imperialists assaulting the lands of beautiful, godlike beings.

But wait.  The strangely anonymous 'Guest' appears with what is stacking up to be some pretty sane, well thought out and penetrating wisdom and logic.  Guest reminds us that Native American (a rather artificial label I'm not altogether fond of) is a vague term that doesn't take into account the thousands of years and thousands of people groups who lived, fought and died here long before the first Europeans arrived.  I second the notion.

H. Garrett, whose hatred of America and the West is well known and admitted, chastised me, reminding me that it is still a story of beautiful people being cast off their lands by the forces of Evil.  I had neither the time nor desire to get pulled into another long, pointless debate about that, but didn't have to.  Pete the Greek, who I don't always agree with but appreciate his candor, jumped in and literally smashed Garrett's mythical Multi-Cultural fantasy world.

It's good to see there are still the sane out there who don't embrace the bigotry, hatred and prejudice against the Anglo-European Christian Culture that is so popular among the liberal Multi-Cultural crowd, as well as those who embrace it for their own purposes.  Nice to see some still realize sin and evil are universal, and not everything that came out of the West, or even America, is worthy of condemnation.  That is why I can forgive Native Americans for slaughtering innocent immigrants from Europe, but I can also forgive Columbus and what he did, as well as US citizens who live along our border today for being worried about illegal immigration, while also sympathizing with those coming for a better life.  See how it works?  It's almost like we're all the same after all.

Historical Note: The picture is, of course, typical liberal bilge.  The actual pilgrims were guilty of none of those things, or at least no more so than the American Indians with which they were dealing. Only the modern acceptable racism, which condemns all people of a certain skin color because of that done by others of the same color, would suggest so.
Posted by David Griffey at 11:57 AM