You can't argue with true post-moderns 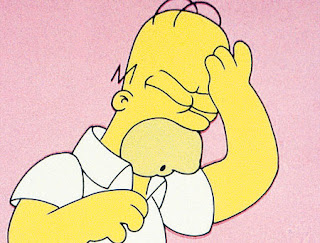 Mark Shea had a little post zeroing in on the Texas pro-abortionists who chanted 'hail Satan.'  A bit of a public relations nightmare three decades ago.  Today, probably a feather in the cap for most on the Left.  Anyway, an individual comes to slam Mark's assessment, and praise the fact that the old America is dying and the new America (presumably where people chant 'hail Satan' in their support of abortion) has arrived.

A discussion ensues.  And what a discussion it is.  The basic underlying point made by the intrepid guest SandyRavage: all evidence shows he/she is correct, because the evidence that doesn't is irrelevant.  It's a long thread, and my eyes glazed over many times.

My favorite parts: the individual appealed to Jefferson at one point to 'prove' Jefferson didn't think laws had a religious basis,


Even Thomas Jefferson laughed off the idea that America's laws were based off of religious values.

then later warned against appealing to Jefferson's 'rhetoric', presumably from the Declaration of Independence, to suggest Jefferson (or any of the Founders, who otherwise are called a diverse lot), thought our laws had a basis in religious belief:


And please spare me some simple rhetoric from Jefferson. The Founders were an incredibly diverse group of people, the vast majority of whom put no stock whatsoever in Locke's concept of natural rights.

And when appeals were made to the universal support for Jefferson's finished product?  Why, without evidence or quotes to back it up, we're informed that the Founding Fathers didn't really believe that part of it but cynically used it to accomplish a purpose:


They came to a compromise because they felt the document effectively gave a justification for declaring independence, irrespective of their personal feelings on its truth.They were politicians, politicians lie. Use your common sense

Again, no proof or quotes to back up this claim.  Apparently, it must be true because it is obviously true.

Later, the bold rebel appeals to Hamiltonian Federalists.  Another example of early Americans who dismissed this laughable notion of religion as a basis for laws.  Trying desperately to debate, someone posts a quote from Hamilton:


"The sacred rights of mankind are not to be rummaged for, among old parchments, or musty records. They are written, as with a sun beam, in the whole volume of human nature, by the hand of the divinity itself; and can never be erased or obscured by mortal power."

Is there a problem with the claim that 'Hamiltonian Federalists' rejected the idea that God has anything to do with our laws, after being shown the above quote?  Not at all for a post-modern!  You see, sudden appeal to Hamilton's 'private doubts' is all that's needed:


Did you miss the part where I mentioned that they appealed to divine will publicly, but privately expressed doubts? You'll fine the same in the writings of Ben Franklin, Abe Lincoln, And Emperor Josef of Austria

FWIW, I did miss it, because until that point, the claim that they had private doubts was not made.  The claim was made that they disagreed, or lied, or used documents for cynical purposes, but never had the issue of publicly stating one thing and doubting been touched upon till that point.

And again, no quotes or anything from Hamilton's private doubts.  Not saying there weren't any, just I noticed there were no quotes.  But it is strange, since he/she seemed to suggest that any private doubts negate public sentiments.  If you doubt in private, you apparently don't believe what you say in public? I can only assume that this means the individual on the thread has no doubts whatsoever about his/her beliefs!  Which is odd for a movement proud of its disdain for moral certainty and a preference for open mindedness.

But alas, if you read the thread, you'll see why it's tough to counter the liberal/post-modern juggernaut.  Appeals to evidence or historical figures, only to dismiss those same figures or references later when no longer convenient.  When faced with evidence, appealing to secret knowledge without evidence, making assumptions based on the fact that obviously liberalism must be right, or making strange claims such as the notion that any private doubts must mean public statements are either false, or outright lies for political expedience.