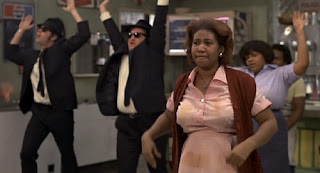 On this, the celebration of our nation's independence, I'm reminded of something.  Freedom is relative.  Recently, most notably in a New York Times editorial a year or so ago, there have been some arguing that it's time to put aside these old notions of freedom of speech or religion as absolutes.  After all, it was argued, you can't just say anything.  You can't practice any religious devotion.  Never could.  Nobody would argue that you can today.  You can't, for instance, yell fire in a crowded movie theater (unless there is one).  You can't sacrifice virgins on a pagan altar.  You just can't.  So clearly we had some built in qualifiers when we said, from the get go, that our freedom of religion or speech will not be tampered with by the government.

The arguments go on to talk about what are absolute freedoms: reproductive health, gender equality, no discrimination based on sexual orientation, access to healthcare, and so on.  For these, so the theory goes, there is no qualifier.  We all agree that they should be protected without reservation or exception.  But that part is for another time.

Which brings me back to this strange story, about a student at Sonoma State University who was told to remove a cross during freshman orientation.  The student in question, from what I gather, was a helper.  Apparently, school officials feared that the crosses she wore could offend someone.  From what I can tell, many administrators now are backpedaling from this.  We'll see.

FWIW, I didn't even know there was a Sonomoa State University.  And yet, this shows something.  After decades of pounding the pulpit about a judgmental free society, a diverse society, a society of tolerance and open mindedness, I dare say we're more judgmental and less tolerant than any time in my memory.  At best, at absolute best, we're no better.  In fact, when cases like this are pointed out to those advocating for a more progressive revolution, it's often thrown back that old timers did the same thing.  Which, IMHO, is not exactly a stellar argument.  If the most your glorious revolution can provide is the same thing, then it's probably time to rethink the glorious revolution.

But in all fairness, all progressives, or liberals, or whatever you prefer to call them, are realizing is that lofty principles come with qualifiers.  That's where law vs. principle comes in.  A law is a law is a law.  We're a nation of laws.  Our nation was founded on the belief that laws are good.  Our faith speaks of laws as a good thing.  We have a priest from Nigeria who praises the myriad laws of the U.S.  As he likes to say, try living in a nation with not enough laws for a while and you'll see why.

Yet laws are there because all the freedoms we promise have to be checked by reality.  We have freedom of religion, that is true.  But we can't sacrifice children on fiery altars.  We have freedom of speech, but we can't slander people.  And it goes beyond laws.  Sometimes society, without laws, does a bang up job of qualifying  its principles.  Freedom of speech you say?  Tolerance you say?  Tell that to Paula Deen.

That's because progressives either always knew and lied, or are now coming to realize, that freedom, liberty, equality, all of these things are qualified principles.  Freedom to do anything?  Not drop the N-word apparently.  Not speak out against homosexuality.  Not try to regulate the abortion industry. Not believe that one religion can be more true than others, or that eternal consequences could arise from our choices of said religions.  Of course many of these things are still at the societal level of taboo breaking.  It takes a while for things to move from common values to common laws. 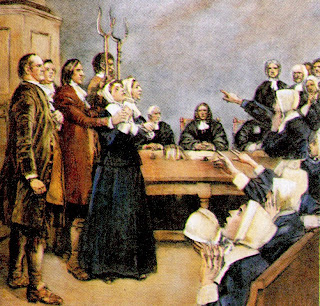 So if we aren't ready to accept the progressive template for reality, then folks had best stop fiddling around.  Next time a progressive throws it back and says 'it's no different than conservatives or traditional people of old', agree.  Say yeah.  The difference was, they admitted that there were absolute moral standards, and that when we said things like 'freedom', they were logically qualified.  Just like Jesus explained to the Pharisees, the law is made for man, not man for the law.  Freedom exists for our benefit, not as a slick slogan used to strip away the very freedoms it promises.

And then go on and remind them that, contrary to the liberal promises of old, this is not some Utopian paradise of no morals or values or laws of rules, this is no world of just everyone doing what feels good.  This 'liberal' revolution apparently has some definite ideas about what is and isn't allowable, and is as willing as an old time puritan to hoist those values on everyone.  It believes that all promises (take, marriage 'equality') are obviously to be qualified.  It feels that those who exercise freedoms in ways offensive to liberal sensitivities should be punished. In short, it's no more open or tolerant or morally relative than any other movement in history.  Its promises of freedom and liberty and equality are just as qualified as any pilgrim setting up shop at Plymouth.  Once that is established, perhaps we can sit down and make them realize it's all a question of debating one tradition's idea of moral standards versus the latest, hippest tradition's idea of moral standards that increasingly seem to qualify all those promises of freedom from moral standards.
Posted by David Griffey at 9:49 AM