The media has convicted George Zimmerman 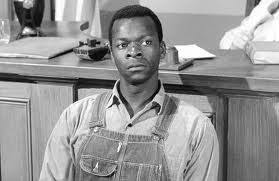 I said a while back I wasn't going to comment on the case.  I'm not in the courtroom.  I'm not a lawyer.  I'm not legal expert.  I can tell, however, that the media has convicted George Zimmerman, and did so from the beginning.  Tom Robinson had a fairer trial than Zimmerman has received from the American News Media.  And in typical propaganda fashion, the media has been doing what it can to convict him.  From the horribly unethical editing of the call Zimmerman made to make it sound as if he was a racist, to the selective pictures used for weeks on end when it was obvious other, more recent pictures were available, the media has been doing what it can to lynch forward.

Now we wait.  What will happen?  Unless the media held back some big evidence shown, I can't help but imagine that there will be no murder conviction.  Manslaughter?  Maybe.  And I'm not saying the guy should walk.  I'm just saying that if Twelve Angry Men and To Kill A Mockingbird have any clout left in the post-modern age, unless I'm missing something big, Zimmerman doesn't get convicted of 2nd degree murder.

Nonetheless, media talking heads are buzzing tonight, trying desperately to find ways to insist the man should still be locked away for good.  We'll see.  But once more, unless there is some big piece of evidence we didn't hear about, unless there is some disastrous moment awaiting the closing arguments, unless there is something about the law I just don't know, if Zimmerman is convicted in the manner the media desires, then we may all owe the jury of Tom Robinson a great, big apology.
Posted by David Griffey at 11:00 PM