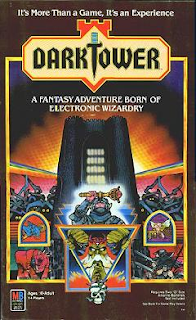 Sometimes built up expectations can be a bear to overcome.  No matter how well things turn out, there are times when they still can't meet expectations.  Take President Obama.  I personally think he is one of the worst, most inept presidents in our history.  A born instigator, he has sewn division where there might have been unity, has accomplished little, and what he has done has caused as many problems as solutions.  He's mostly a joke overseas, and has made the US appear the same.

Still, in fairness, if he was able to walk on water and feed the multitudes with fish and loaves, he would scarcely be able to live up to the god-worship that he enjoyed in the 08 campaign.  With the possible exception of George Washington in the pre-PC/MCE days, and possibly Martin Luther King, Jr., who enjoys almost holy adoration status in the US, I can't think of a single person ever given the level of veneration, adoration and god worship as was Obama.  Clearly it shows that when a people abandon worship of God, they'll end up worshiping something.  And that something was Obama.

So no matter what he did, he never would have lived up to the hype.  Nobody could.  Making, of course, his miserable track record all the more noticeable.

I think of that when I think of our expectations of becoming Catholic.  What we imagined, and what it became.  I imagined a Church the way many old time converts described it, where being a Protestant clergy in the days of Pope John Paul II was a big thing.  Where parishes and dioceses went out of their way to accommodate and help  those making the difficult journey into the Church; made more difficult by the material travails that occur when an actual vocational minister becomes Catholic.

So imagine our surprise when we realized that, on the whole, the 'separated brethren' phenomenon had gone the way of the leisure suit.  And maybe it's what we expected (indeed, what we were told by some quarters) that made what we experienced all the more difficult.

And that's the way things can be.  Perhaps things aren't as bad, or are better, than we think.  It's that sometimes we can build up our expectations to a point where nothing short of seeing God walking on water can live up to the hype.

One of the reasons I'm glad we don't have much money.  I've often told my boys about a game I played when I was a kid called Dark Tower.  A fusion of electronics and a board game, it was quite the rage in the day.  I took it with me wherever I went because no matter where I was, everyone at every party wanted to play.  It was pretty awesome.  But in a bitter twist of fate, all of it was lost but the old, broken tower.  When I still have almost every game and item from my childhood that was carefully preserved by my parents, it was the one thing that was busted up and lost.  And today, unlike most of my other games, you can't find the darn things for less than 400 to 500 dollars.  If that.  Due to a lawsuit, it is no longer manufactured, nor will it be.

But my boys often tell me that it's OK.  The hype with which I've built the game up is such that, if we had the money and could get the game, it would almost be sure to disappoint.  And maybe that's what we should have thought about with becoming Catholic.  Given the tales and stories we heard, and the assumptions we had, maybe becoming Catholic was a doomed venture from the get-go.  After all, we imagined we would be brought in, embraced, and helped due to our particular difficulties and sacrifices stemming from our vocations.  Even had the Church tried to live up to even a portion of our expectations, we might have still been disappointed.  How much more that there has been little to no effort to do any such thing.