Trivializing the Eucharist for all the world to see

Is what I'm seeing a particular group of Catholics do in light of the news about Nancy Pelosi: 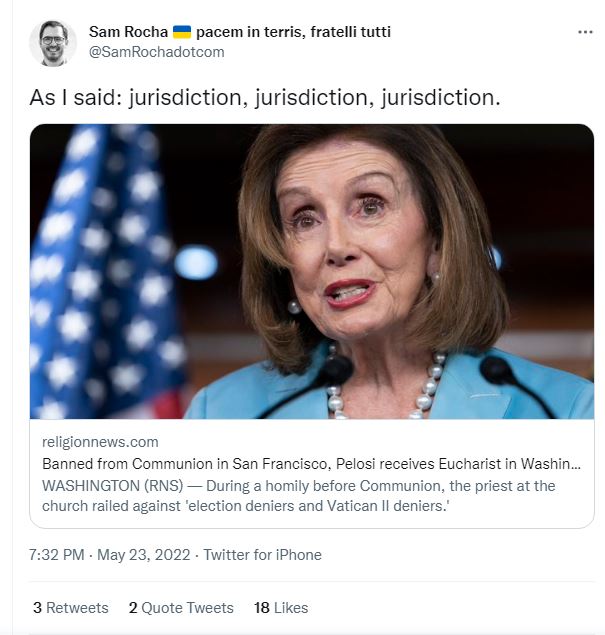 After all, nothing says 'Psssst, we don't really think it's anything other than a wafer and some wine' more than acting like it's nothing other than a wafer and some wine.  Because nothing says to the world that we believe there is nothing real or substantive that goes on at Communion than acting as if it is a commodity to be bargained over by the highest bidders.

In fairness, Sam is hardly the only Catholic to react this way.  His was just one of the more flippant.

Email ThisBlogThis!Share to TwitterShare to FacebookShare to Pinterest
Labels: Catholic Church and the Left, Religion in the World, The Secular Church